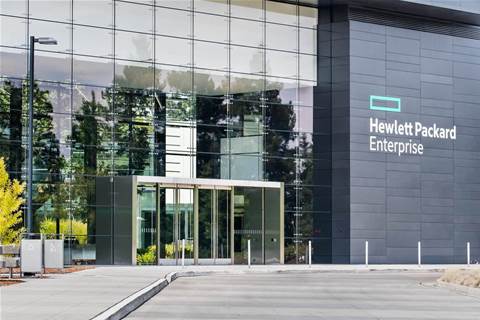 “If you covered AWS [Reinvent], you heard AWS saying that 96 percent of the spend is still outside the cloud,” said Neri in an interview with CRN. “They spoke about hybrid for the first time in a very open way, and that is a validation of our strategy. Obviously, GreenLake is a point of differentiation that we have had for some time and you can see the momentum.”

Neri’s comments came after AWS CEO Andy Jassy Tuesday referenced market researcher Gartner estimates that 96 percent of the current total IT spend is still on-premises, with only 4 percent in cloud.

“We keep reminding ourselves that we‘re part of a much broader IT global market segment,” said Jassy in his AWS Reinvent keynote session. “If you look at the total amount of global IT spend that’s in the cloud, it’s only 4 percent at this point. All that said, if you believe, like we do, that the vast majority of computing is moving to the cloud in the fullness of time in the next 10 to 20 years, and you see incredible growth in the cloud, it means that there’s a lot of growth ahead of us.” 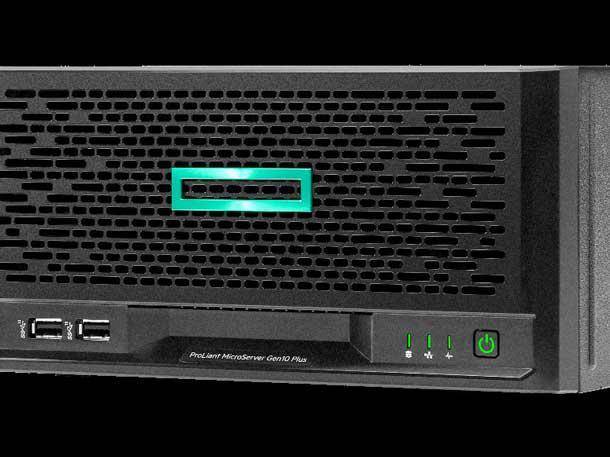 Can you talk about HPE’s fourth-quarter performance and the growth in intelligent edge and servers?

It’s hard out there, but I feel we have made tremendous progress. To me, we finished the year very strong. We had very strong performance. Obviously, Q4 was marked by a strong revenue rebound— up 5 percent sequentially and flat year over year. The headline there is we returned to pre-COVID-19 levels—US$7.2 billion, which was the pre-COVID level.

Within that performance what I am really proud of is we saw significant acceleration in growth businesses and a continuation of the strong momentum in as a service. We talked about intelligent edge two years ago. That business had very strong performance—up 14 percent sequentially and 5 percent year over year.

Our HPC [high-performance compute)/MCS [mission-critical systems} business had exceptional performance—up 50 percent sequentially and 25 percent year over year. We have more than US$2 billion in awarded business that we need to deliver over the next 12 to 18 months. How did the GreenLake pay-per-use as-a-service business perform in the quarter?

We grew our [as-a-service] ARR [annualized revenue run rate] 30 percent, now reaching almost US$600 million. Our GreenLake indirect orders—the channel orders—was up 62 percent year over year. What is interesting is the number of partners now selling GreenLake in the quarter grew 68 percent year over year. So we had a 68 percent increase in the number of partners selling GreenLake, which is remarkable in my view.

If you covered AWS [Reinvent], you heard AWS saying that 96 percent of the spend is still outside the cloud. They spoke about hybrid for the first time in a very open way, and that is a validation of our strategy. Obviously, GreenLake is a point of differentiation that we have had for some time and you can see the momentum.

The partners are coming along with us. Our partners grew Primera 95 percent, Synergy by 30 percent. Our Pointnext penetration rate is up 18 percent.

No matter how you look at it, we had a very strong performance. Because of all of that and the order momentum we saw in Q4 and going into Q1, which we are sustaining so far and because of the line of sight on profitability, we are raising our guidance on fiscal year 2021 by 3 cents [per share].

Overall, I would say we had strong performance considering the very difficult year we all experienced. Are you gaining share in intelligent edge versus Cisco?

In compute, which is compute plus HPC and MCS—the total server category—we have grown year over year for the first time this year. We expect to gain revenue share in that business.

Our [storage] performance was very good against the market backdrop. We grew 7 percent quarter over quarter sequentially and only declined 3 percent. Dell declined 7 percent. Pure [Storage] declined double digits. That tells me we will gain share.

Going back to the intelligent edge, the momentum is there. It is being driven by remote workers’ capabilities. We see obviously our Aruba business being more and more differentiated with our software experience. We have 65,000 customers already on that platform.

Now we are going to get what I call a ‘turbo acceleration’ from the Silver Peak acquisition. Silver Peak brings that incremental growth we are looking for in SD-WAN. So I am very bullish about that business. Obviously, we want the partners to come along with us. More and more partners are obviously selling Aruba. Because in the end, to be part of the digital transformation you need connectivity first. Our expectation is we are going to gain share. Obviously, we have to wait for the results. When you add HPC and MCS plus servers, that business grew year over year in a market that is declining. Dell declined 2 percent in that business. So we expect to gain share.

There is a complication with our [server] business in China. My view is that we have done really well. We have seen stabilization in that business, which is great for our partners. What does the headquarters move to Houston mean for HPE?

We are incredibly committed to Silicon Valley. We have three sites in Silicon Valley—the most well- known being our San Jose headquarters. We also have the Aruba building and another site that houses storage and some aspects of HPC through the acquisition of SGI. Our plan is to consolidate these three sites into a San Jose technology hub where the Aruba software business and storage will be housed. That is where a lot of the innovation takes place, particularly with software and Aruba.

Let me be clear: There is no workforce reduction anywhere with this. If people want to move to Houston because they feel that is a better quality of life, [that is fine]. We make it voluntary.

But the reality is the vast majority of innovation happens in Silicon Valley. I am very proud of the San Jose headquarters. Now we are going to create a similar [headquarters] but probably three to four times bigger in Houston because the number of employees there is much bigger. This makes total sense. There are times in life when you have to make decisions like this. The pandemic has changed everything.

For me, it is an acceleration of what we are doing in a more efficient way and also to keep focused on the locations we have.

Is the message to partners that two sites are better than one?

It’s a way for us to serve partners better as we continue on this journey. In the end, I feel very strongly about this.

It takes leadership to make this decision. I realize that when people say Hewlett Packard [they think of Silicon Valley]. The fact of the matter is we are in Silicon Valley—where the headquarters is is almost irrelevant. We feel that is the best approach for us.

Diego #Maradona was a legend who lived life with the same passion he brought to the field. This is a very sad day for Argentinians and soccer fans around the world. My thoughts and prayers are with his family. His inspiration will live on. pic.twitter.com/iJszc34CJk

You played men’s league soccer for many years, grew up in Argentina and knew Diego Maradona. What did Diego mean to you and all Argentinians and what was it like to meet him?

Personally, I lost a friend. I met him many times. I had the pleasure and honor to play a [soccer] game with him, which was a privilege. I played that game in Dubai in 2016.

Personally, it was the loss of friend. As an Argentinian, we lost someone who stood up [for us] against any conflict.

He is a national hero. The way you need to think about this is Argentina has suffered a lot in the last four or five decades. Diego brought happiness to people in hard times. That is why he will be missed dearly. It was about his smile and the culture of Argentina, where soccer plays a huge role.

It is just sad. He will be missed. What I will miss about him is his charisma and the ability to have fun with him in our conversations.