HPE chief executive Meg Whitman: I am 'definitely' not going to run for president 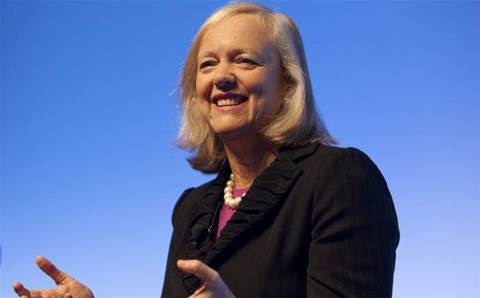 Hewlett Packard Enterprise chief executive Meg Whitman, who was cited by The New York Times in 2008 as among the women most likely to become the first female president of the United States, said she would not consider running for the nation's highest office.

"We should be glad that anyone wants to run for public office," said Whitman, who made an unsuccessful run for governor of California in 2010, spending US$144 million of her own fortune.

Whitman, a critic of US president Donald Trump who backed Democrat Hillary Clinton in the last presidential contest, made the comments at CRN USA's 2017 Best of Breed (BoB) Conference in Atlanta, to an audience of 300 top global technology service providers during a question and answer session.

Meg Whitman said "tweet this, I will not run for president." #bob17

That said, Whitman noted that her "next step" might be something in public service. "We'll see what happens," she said.

Whitman is on the board of Teach of America, an organisation that recruits college graduates to commit to two years teaching in urban and rural schools, and the Nature Conservancy, a global conservation organisation.

Among other topics discussed in the Q&A, Whitman noted that tax reform that would allow companies like HPE to bring back cash being held overseas at a discounted rate would be a boost to the US economy.

"I think all of the big tech companies,  as well as every other major American company, has been lobbying for this for 10 years," Whitman said. "So I am a little bit more jaded about this because it is very difficult to get things done in Washington. That might be an understatement. We'd be enthusiastic about it, and frankly, I think it would be good for the United States economy."

@MegWhitman assured all at the Beat Of Breed conference she will not Run for President!! #Bob17