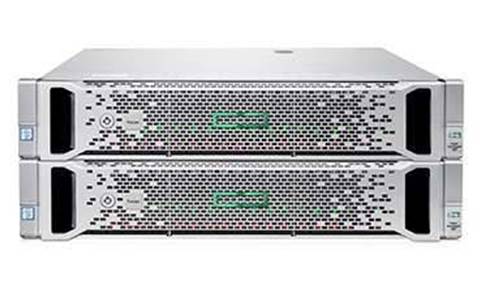 Hewlett Packard Enterprise believes it has changed the server security landscape with its breakthrough “Silicon Root of Trust” firmware technology that is allowing customers to “protect, detect and recover” from cyber-attacks, said HPE Senior Director of ProLiant Servers David Gaston.

The Silicon Root of Trust – a secure foundation for all HPE Gen10 servers including ProLiant, Apollo, Synergy, EdgeLine 8000 and hyperconverged systems – is an “immutable fingerprint” that ensures HPE servers are protected from compromised firmware, said Gaston Monday in a main stage keynote address to several hundred partners at the XChange 2020 conference hosted by CRN USA parent The Channel Company.

The innovative “inside-out security” technology is providing an unprecedented “protect, detect, and recover” capability that is not available on competitor’s offerings, said Gaston. That capability has HPE labeling the ProLiant Gen10 server as the world’s most secure industry standard server.

Silicon Root of Trust provides an “automated” capability that can check the server firmware “every single day,” said Gaston. “You don’t have to do it manually. It is automated. Your system is checking the firmware everyday. That is absolutely unique.”

If an attack is detected, customers can recover by using HPE iLo 5 advanced software or HPE OneView advanced software to recover the “last known state of safe firmware” or the original firmware, said Gaston. “That is a huge advantage,” he said. “It is unique to HPE and that iLo5 comes with your system today.”

The Silicon Root of Trust technology is resonating with partners in the field who are changing the sales conversation by focusing on what has become the “No. 1 priority” of customers today: security, said Gaston. “Security is the differentiation that we and our partners are leading with,” he said.

The Silicon Root of Trust has allowed HPE to gain a prestigious “Cyber Catalyst” designation from Marsh – one of the top players in insurance brokering and risk management. That Cyber Catalyst designation provides customers with reduced cyber insurance rates, said Gaston.

Of the 150 products and services that were submitted for testing only 17 (two from HPE) earned the Cyber Catalyst designation, said Gaston.

HPE even has security technology that provides the capability to determine if an HPE server box that is being shipped out to a customer has been opened, said Gaston. “We can detect that and when you go to boot up the server it will signal the box has been opened, giving you the notification,” he said.

The call to action to partners is to lead with security conversations focused on Silicon Root of Trust, said Gaston. “With Silicon Root of Trust, partners can ensure firmware is never compromised,” he said. “Partners can not only protect their customers’ systems, but detect if they have been compromised and then recover them. It is critical that partners talk to customers about it and then help them set it up and take advantage of it.”

Cloud application revenue made easy
By Steven Burke
Mar 4 2020
6:14AM