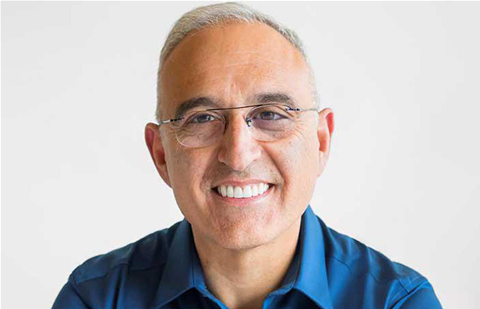 “Everyone is seeing GreenLake as a true alternative to public cloud for those workloads that must stay on-prem,” said Neri in an interview with CRN US Thursday following the release of the Houston-based company’s fiscal third quarter financial results.

“Also, in many cases, they are repatriating workloads to on-prem. But it is all driven by data gravity. They struggle with the data aspect of this with regard to where to put the data so it is in compliance, the latency component of this [is also an issue].”

Neri said many customers are realising that public cloud is the equivalent of the “Hotel California – you can check in, but never check out,” referencing the famous Eagles song.

What’s more, he said, there is in many cases a single point of failure with public cloud. “If something happens you have no backup,” he said. “We can actually give customers a true hybrid experience – being off-prem, on-prem and give them a true hybrid estate, and to be able to use technology like Zerto, for example, which is not just about data protection for ransomware, but also to drive portability of workloads back and forth. That to me is very, very important.”

Neri this week promised a “massive acceleration” of the GreenLake business over the next six months as HPE takes its edge-to-cloud platform as a service to new heights versus public cloud providers with a breakthrough GreenLake.HPE.com front-end experience.

“Between now and March you are going to see a massive acceleration [of GreenLake],” said Neri. “That’s why it’s my No. 1 priority.”

Overall, HPE reported non-GAAP earnings of 47 cents per share on sales of US$6.89 billion for its third fiscal quarter, ended July 31. Earnings were above the Wall Street consensus of 42 cents per share.

Read the full interview below. 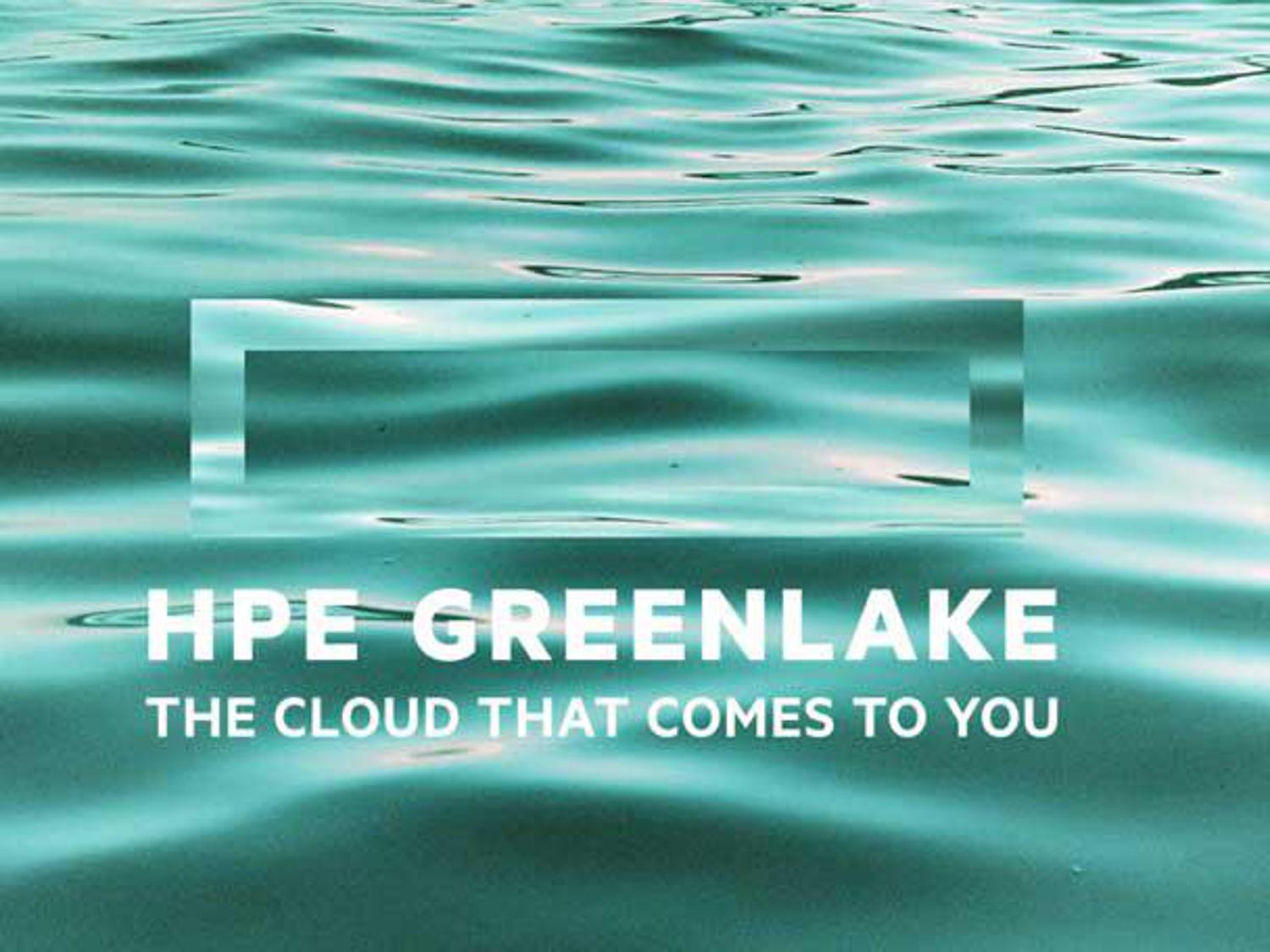 Talk about the progress HPE made during the quarter with the GreenLake everything-as-a-service pivot?

If you look at our numbers [in the fiscal third quarter] with regard to the as a service pivot, we see an acceleration whether it is the 46 percent growth [in as-a-service orders] that we saw in the quarter, the ARR, which is now over US$700 million, the number of customers coming to the GreenLake platform or the [US$2 billion GreenLake] deal with the NSA (National Security Agency).

Everyone is looking at GreenLake as a true alternative to the public cloud. That is where our edge-to-cloud vision is absolutely resonating, because that is what GreenLake is. It just happens that you can consume it as a service.

When I look at the trends into the future and the way we work today—which obviously has been changed by the pandemic and the need to digitize everything—it gives me the clarity of thought that obviously this is now my No. 1 priority to accelerate this transformation to go farther and faster and to really deliver tangible improvements on what we are already doing in a short period of time because speed is of the essence.

What are we going to see from HPE in terms of GreenLake advancements over the next six months?

Between now and March you are going to see a few things: No. 1, one of the building blocks that we started in 2018 was the business process transformation of our company and the IT consolidation on the backend with next-generation IT. That is going to be done in March, for the most part.

The second piece of this is the as-a-service enablement in terms of the experience for the channel to sell and deliver on that as a service will be built on the same platform. That is a huge competitive advantage because we will be able to do both subscription models like software and true consumption, which is basically IaaS (Infrastructure as a Service) workload-optimized solutions.

The third piece of this is the platform itself from edge to cloud will be totally standardized with a front-end experience on GreenLake.HPE.com, which is basically how we want to be perceived in the market.

Think about GreenLake [as] synonymous to HPE, no different than the way some of the public clouds use their brands like Azure to Microsoft or AWS to Amazon. Everything we do at this company is now being accelerated to cater to HPE GreenLake.

Remember we are an open ecosystem. We already have very large partners that will be part of that March integration through the APIs to the platform. Unlike others that tend to be closed, we are open in our APIs so the partners can add their own services. So in March with GreenLake.HPE.com, the customer is going to be able to order just like they would with AWS or Azure?

Exactly. We have HPE.com which is our front-end commerce portal where you go to learn, to understand our vision and strategy, to buy transactionally many things. And then there’s the connectivity once you sign up with your account, your unique ID to GreenLake.HPE.com.

It is a seamless integration. Once you are on GreenLake.HPE.com, it is a true cloud experience with all the cloud services presented in one way. That is where customers will go procure connectivity as a service for Aruba, or elastic compute or data services or a workload-optimized solution like SAP or [virtual desktop infrastructure].

All these acquisitions we have done—including the Zerto acquisition, which we just completed—will be a cloud service that will be on GreenLake.HPE.com for data protection and ransomware protection. So will the channel plug into GreenLake.HPE.com?

That is our goal. Basically, partners will be able to connect to the APIs on the front end to expose their own cloud services, and on the backend of this, once you sell GreenLake everything is automated for you—the metering, the billing.

The excitement to me is if that if you are a partner that sells both transactional business and sells an as-a-service engagement, the experience on the backend is the same. It is all done for you. That’s a big deal.

Is that critical backend infrastructure the result of HPE being able to move to a single SAP system?

That is one component. We now have one consistent quote-to-cash across the globe for 85 percent of the company, and we are going to finish that by March. That is step one.

Step two, you are going to one version of the data. That allows us to do things in a different way. In addition to that, the actual product we are building on the backend is the as-a-service algorithm. That allows you to sell a subscription to an Aruba access point on the same tool on the front end. When it goes to the backend you don’t have to do anything.

When you sell a true IaaS solution with a bunch of computer storage with GreenLake, the whole thing is automated. You may sell 10,000 servers, for that matter. It is all the same platform. What is the call to action for the channel as you accelerate this GreenLake.HPE.com front-end experience?

Get sooner rather than later on the GreenLake platform. On the backend, partners are already on our new quote-to-cash system. We have been driving that for the last three years. On the backend they don’t have to do anything. They get these incremental capabilities without doing anything.

On the front end, as we open the APIs, the good news is they will get access to GreenLake.HPE.com as the e-commerce for them to expose their own services and be able to drive their own value-add. You talked about a recent GreenLake win with Liberty Mutual in which you said the monthly unit rate was below public cloud pricing. What are you seeing from customers with regard to cost and performance of GreenLake versus public cloud?

Everyone is seeing GreenLake as a true alternative to public cloud for those workloads that must stay on-prem. Also, in many cases they are repatriating workloads to on-prem. But it is all driven by data gravity. They struggle with the data aspect of this with regard to where to put the data so it is in compliance, the latency component of this [is also an issue].

The fact is if you put everything in the public cloud it is the Hotel California – you can check in but never check out. Also, there can be a single point of failure [with public cloud]. If something happens you have no backup.

We can actually give customers a true hybrid experience – being off-prem, on-prem and give them a true hybrid estate, and to be able to use technology like Zerto, for example, which is not just about data protection for ransomware, but also to drive portability of workloads back and forth. That to me is very, very important. How did the channel perform in the third quarter?

I am pleased that in Q3 our channel performed extremely well from an order and bookings perspective with GreenLake. Order momentum year-over-year on GreenLake was huge. It was actually up 152 percent. The number of active partners on GreenLake continues to grow every quarter.

The overall growth in the channel was up 15 percent year over year.

How do you feel about the transformation that is taking place as you move HPE from a hardware and networking company into a cloud services software company?

Obviously, the portfolio has shifted quite a bit. Let’s not forget the edge. Aruba is absolutely humming and is on fire. It grew 27 percent this quarter. We exited the quarter with 5X the backlog. The value proposition and the capabilities allow us to extend now from the edge to the cloud.

Obviously, GreenLake has given us a clear direction into the future by focusing on software and the as-a-service experience.

These things take time, but I can see in 2022 shifting faster [to GreenLake and as a service]. That is why I said a month or so ago that this is my No. 1 priority.

In the last two days, we hosted 40 [HPE technical leaders] here in a tent outside where we talked about exactly what we are going to do between now and March with line of sight on every aspect of that execution. That is why I am bullish.

At the same time obviously there is stronger demand. You want to do these things while there is strong demand and get to the other side of the hill in a different configuration.

I am very bullish about it, but remember it is sustained by a unique culture. That is one of the things I am really proud of in terms of what we have done. Thanks to the executive committee and [Chief Communications Officer] Jennifer [Temple], and [Chief People Officer] Alan [May] we have really focused on the [HPE] culture. When you look at the results from our employee feedback survey it has been very, very strong. Yesterday, ‘People Magazine’ put us in the top 100 Companies That Care.

Eliminating departmental friction within MSPs
By Steven Burke
Sep 7 2021
6:42AM