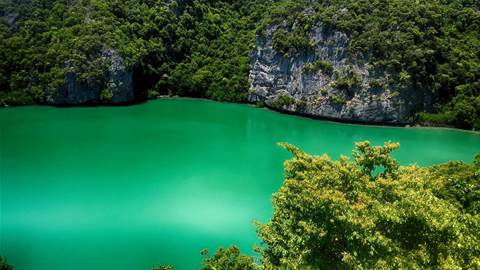 Hewlett Packard Enterprise Tuesday made what it is calling a huge leap forward in its GreenLake pay-per-use channel model with a move from a bespoke, customized model to a standardised group of 17 “building block” offerings for small, medium and large businesses.

The building block breakthrough opens the door for partners to reduce the sales cycle from what previously took as long as six months to just 14 days or less from price quote to delivery, according to HPE.

On top of that, HPE is bringing the full GreenLake Cloud experience to HPE.com, where customers can try the various packages—from disaster recovery/backup to private cloud and container as a service—and then buy from an HPE partner.

“This is a huge step forward for us,” said HPE Senior Vice President Keith White, the longtime Microsoft cloud superstar who came to HPE just seven months ago to lead the GreenLake Cloud Services Business Group. “If you think about all of the challenges that customers have in delivering solutions to their customers, we just have dramatically simplified that time to value, that time to market and, frankly, that opportunity to start to really help customers solve challenges.”

White told CRN that move allows partners to sell the “best of the best” standardized offers from disaster recovery to private cloud and containers with machine learning in a “complete, secure and fully integrated” solutions that are sized from the get-go for small medium or large businesses.

“This is really built for the channel,” said White. “This gives them much more standardized opportunities to deliver these services, such as virtual machines or containers or machine learning-type capabilities, depending on what they want to deliver to their customer set. It gives them that flexibility.”

The new standardized offerings come with White ramping up the $4 billion total contract value business, which is now being sold by 700 partners. Over the past year, HPE partner GreenLake orders have been up 47 percent with approximately 35 percent of total sales now going through partners.

HPE is currently in the midst of building a next-generation partner ecosystem, going deeper into the channel with system integrators, MSPs, Independent Software Vendors (ISVs), telcos and colocation providers, said White. He expects 50 percent, or the majority of sales, in the future to come from the channel.

The small, medium and large “T-Shirt size scenario” offerings are being pre-built in HPE factories and are available for ordering now from HPE distributors, said White.

The building blocks likely to have the biggest sales impact include a midmarket storage offering that will be boosted by the addition of consumption-based Veeam storage and Scality; a private cloud offering based on VMware; and containers as a service and a next-generation machine learning container offering, said White.

The ability for customers to try and even price the GreenLake offerings at HPE.com is a “major milestone” for HPE and its partners, said White.

“We think this is going to provide a lot more demand and opportunities to our partners and the channel,” he said. “In essence we have created the GreenLake experience on HPE.com so customers have the ability to learn, price quote, trial and then go to our partners in order to purchase and get the rest of the services required for that.”

The key for partners to be successful selling the new standardized building blocks is to “move out of the product, transactional model” and focus squarely on customer digital transformation solutions, said White. “What we need partners to get at is how customers are trying to transform their business,” he said.

HPE partners, for their part, said the standardized building block breakthrough represents a watershed moment for the channel to drive big GreenLake sales gains in the commercial market.

Paul O’Dell, a director at CPP Associates, a Clinton, N.J. HPE Platinum partner that this week was named HPE’s U.S. Solution Provider of the Year, said the new standardized offerings give partners the muscle to go head to head with HPE GreenLake versus the likes of Amazon Web Services and Microsoft Azure.

“It’s a big breakthrough,” said O’Dell. “This is all about the ability to move fast. With GreenLake now having these velocity options we can now include GreenLake in our Infrastructure Anywhere assessments for customers and provide a GreenLake option for every single deal. Right now the only reason we don’t provide every deal as a GreenLake option is because it takes too long to quote and deliver it.”

CPP has hundreds of HPE opportunities in the pipeline that now could potentially be moved to a GreenLake building block model, said O’Dell. “If we know that we can offer GreenLake in a very, very prescriptive manner, we would have no reason not to go into that sales pipeline and offer it as our lead solution,” he said.

“This is what customers and partners are asking for,” he said. “Time kills all deals. The faster to market you can get with configuration, pricing and delivery, the higher percentage of deals we will close. Now we have the agility to compete against public cloud.”

Cohen credited HPE’s White with driving the big changes necessary to make it easier for partners to sell and deliver GreenLake as a cloud service. “What [White] has done is deliver a seamless cloud experience for customers,” he said.

Erik Krucker, CTO at Comport Consulting, an HPE Platinum partner, No. 314 on the CRN Solution Provider 500, said the new standardized offers represent the next big step for HPE GreenLake.

“This allows HPE to move at the speed of business,” he said. “It gets things moving a lot quicker. It allows the customers to go from quoting to realizing value at a much faster pace. That is a big for all our customers. This is going to allow us to get price quotes and configurations out to our customers faster so we can get workloads deployed in days rather than weeks. It is going to allow us to more effectively go after those midsize and SMB customers rather than just going after the larger accounts.”

Krucker praised White for getting HPE going in the right direction with the HPE cloud services channel offers. “[White] is a bright executive,” he said. “He is doing the right things. We are interested to see how much an impact he has on the partner program going forward.”

Dan Molina, chief technology officer for Nth Generation, San Diego, one of HPE's top enterprise partners and No. 297 on the CRN SP500, said he expects the new GreenLake building blocks to have a significant impact on Nth Generation’s GreenLake sales.

In fact, Molina said, he expects Nth Generation—which was named HPE’s as a service partner of the year this week—to double its GreenLake sales in 2021.

“This is going to accelerate the GreenLake sales cycle,” he said. “Focusing on the most common applications that are pre-configured at a very competitive price is a win-win-win for HPE, our customers and for partners. It accelerates the ability for customers to get [return on investment] sooner. This helps across the board.”

Molina said he expects the standardized offering to become an ever-increasing portion of Nth Generation’s total sales. “I see eventually most of our sales turning into these type of standardized offers,” he said.

Eliminating departmental friction within MSPs
By Steven Burke
Jun 24 2020
7:00AM