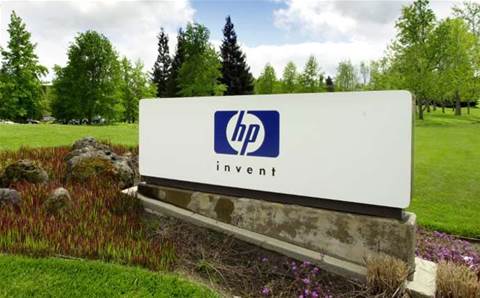 Hewlett Packard Enterprise is in talks with buyout firm Thoma Bravo to sell its software division, hoping it can fetch between US$8 billion and US$10 billion, according to people familiar with the matter.

HPE has received offers for the software unit of as much as US$7.5 billion in a sale process managed by investment bank Goldman Sachs Group, the sources said this week.

Thoma Bravo has made the highest offer for the assets among the private equity firms that held discussions with HPE, though significant discrepancies in valuation expectations persist and no deal is certain, the people said.

Other private equity firms that made offers for the software assets include Vista Equity Partners Management, Carlyle Group and TPG Capital, the people said. It was still possible that HPE would turn to a buyout firm other than Thoma Bravo to pursue a deal, or that Thoma Bravo would buy only some of the assets, the people said.

A sale of HPE's entire software division to a single private equity firm would be easier if the latter already owns some related companies, the people said. Thoma Bravo owns several software companies, including Dynatrace and Compuware, which could produce cost savings and efficiencies if combined with some of HPE's software assets, the people added.

The sources asked not to be identified because the negotiations are confidential. HPE, Goldman Sachs, Thoma Bravo, Vista Equity, Carlyle and TPG declined to comment.

HPE shares rose as much as 4 percent on the news and ended Thursday's New York trading up 3.2 percent at US$22.16, giving the company a market capitalization of US$36.8 billion.

HPE's software unit generated US$3.6 billion in net revenue in 2015, down from US$3.9 billion in 2014. The company has said revenue growth in its software unit has been challenged by a market shift toward cloud subscription offerings.

The software assets also include Vertica, a big data analytics platform, ArcSight, a cyber security firm as well as products for IT operations management.

HPE is the latest technology company looking to slim down a large portfolio of noncore software assets that are struggling to generate growth. In June, Dell agreed to sell its software division to buyout firm Francisco Partners and the private equity arm of activist hedge fund Elliott Management for more than US$2 billion.

In May, HPE agreed to merge its IT services and outsourcing unit with CSC to create a US$9 billion company in a tax-free all-stock transaction known as a Reverse Morris Trust.

(Reporting by Greg Roumeliotis and Liana B. Baker in New York; Editing by Matthew Lewis)