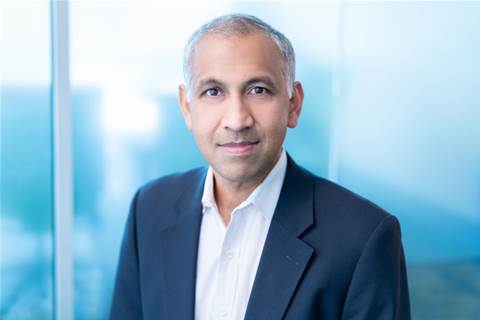 Nutanix and Hewlett Packard Enterprise continue to double down on their partnership by launching a new database-as-a-service offering that combines Nutanix Era with HPE’s ProLiant servers.

Nutanix Era is a multi-database operations and management offering that will now be bundled with HPE ProLiant servers and be sold as a service via HPE GreenLake.

The new joint cloud service allows customers to deploy applications and databases in minutes and benefit from pay-per-use capabilities while gaining the governance, visibility and compliance of an on-premises environment.

The new offering enables customers to modernise, consolidate and automate tasks across their databases and gain support for multi-database operations management such as Oracle Database, Microsoft SQL Server, MySQL, PostgresSQL and MariaDB.

The successful partnership has benefited both companies, with Nutanix and HPE sales witnessing an 80 percent year-on-year increase in annual contract value (ACV) bookings during the first calendar quarter of 2021, including wins for HPE ProLiant DX servers and HPE GreenLake with Nutanix.

“HPE clearly is the one that’s been growing the fastest for us overall in terms of the OEM relationships for us,” said Ramaswami in May.

“I would say Dell is more a fulfilment [relationship] as we partner together and customers want to land our solution in Dell hardware – Dell supports that. So I would say HPE and Lenovo, to the extent that they are in markets where they are strong, continue to be, from a server perspective, very good partners for us.”

Nutanix is forming new or enhanced partnerships with the world’s largest hardware vendors, many of which are striving to offer more consumption-based, as-a-service offerings.

In April, Nutanix and Lenovo launched a new joint as-a-service offering for hosted desktops through Lenovo’s TruScale as-a-Service portfolio of hardware – such as hyperconverged infrastructure and PCs – to drive remote workforce opportunities.

“Customers want to simplify database operations and management to move away from IT silos that can often lead to higher maintenance costs, security risks and lack of flexibility to deploy and run solutions,” said White in a statement.

HPE’s GreenLake cloud services business is growing with over US$4.8 billion in total contract value and more than 900 channel partners selling HPE GreenLake. HPE GreenLake has more than 1,200 enterprise customers across 50 countries.

Nutanix is striving to push its channel partners to sell more of the Nutanix portfolio outside its core hyperconverged infrastructure software. The new Nutanix Era as a service with HPE is focusing on doing just that.

“Most of our channel partners are very much selling our core offering, our core HCI, that‘s what they’re most familiar with. These newer products such as Era, File, Flow and so forth are relatively new to our partners and only now are they building up their capabilities to be able to sell that,” said Ramaswami last month.

HPE GreenLake with Nutanix Era for databases is generally available now to customers with metering billing capabilities available in July.

Grow your software revenue by selling these 5 affordable, essential tools for the modern workplace
By Mark Haranas
Jun 11 2021
6:40AM