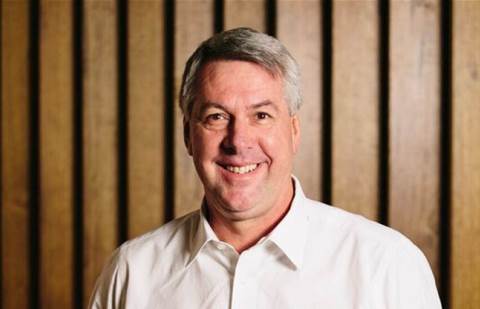 HPE’s vice president and managing director for South Pacific Stephen Bovis says the company’s everything-as-a-service offering GreenLake is ready to serve smaller businesses, and has become a hit among managed services providers as it expands beyond the storage niche in which it started.

“Initially GreenLake was more designed around the enterprise and now what we're seeing is that we can get it down into that medium business space,” Bovis told CRN in an exclusive interview. “Where it's also quite attractive is service providers. What we've found is a lot of our partners have also moved into providing their own services to customers”

Bovis said uptake by MSPs was by design, because HPE knows that service providers can’t make big up-front capital investments on infrastructure, but need to evolve into as-a-service offerings.

“Customers are saying to MSPS ‘We don't want to necessarily just buy the platform from you, we'd like to buy that as a service’. So what we've also found is a number of our business partners have also moved into providing GreenLake as a service to their customers.”

Part of GreenLake’s success among MSPs, Bovis added, has come from its diversification beyond storage. Bovis said storage was a natural early offering for an as-a-service offering, given organisations often need to scale capacity. HPE’s new partnership with Nutanix means it can now offer hyperconverged infrastructure as-a-service, while joined-a-the-hip networking vendor Aruba has also dived into GreenLake.

While those initiatives are helping MSPs and medium-sized businesses to adopt GreenLake, Bovis said he also sees customers and partners alike using it for even sensitive mission-critical workloads.

“Even for our high end mission critical NonStop platform, which are typically used in the payment space, we've got customers that have that under as-a-service,” Bovis said. “People think of mission critical as a market in decline but we have seen that continue to grow. And if you wrap that in consumption-based models with GreenLake that makes it a really compelling offering.”

Those changes were made in part to ensure that HPE has a culture that can have outcome-based relationships with customers, and help partners to do the same.

“For us, people is obviously very, very important, so we can be the very best partner for our customers and for the [channel] partners that we engage with in the marketplace.”

The MD wouldn’t state how much of HPE’s local business is sold as-a-service or through GreenLake, but did say he expects it to grow strongly. Bovis also said he expects edge computing to provide more opportunity for customers and partners alike in coming months, and will conduct enablement accordingly.