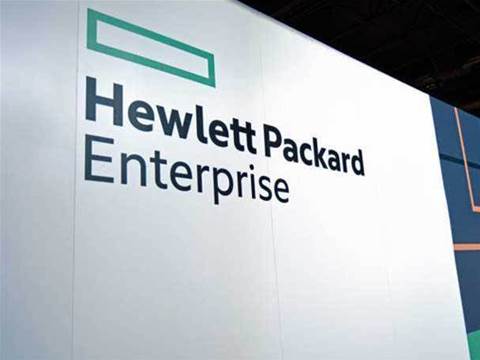 Hewlett Packard Enterprise GreenLake General Manager Keith White has pledged that the GreenLake on-premises cloud platform will continue to beat any and all comers when it comes to partner profitability.

“We are going to continue to make sure that GreenLake provides partners with the highest profitability of any of the cloud services that are out there,” said White in an interview with CRN US.

White, who has redefined the GreenLake on-premises cloud services model since joining the company from Microsoft 19 months ago, said partners can expect “much more” lead generation and co-selling as HPE accelerates its edge to cloud platform-as-a-service sales charge.

“The (as-a-service partner) pivot is going to continue,” said White, who has built a broad GreenLake ecosystem.

“It is going to deepen and it is going to expand so that we can make sure we continue to accelerate growth together. It is all about joint growth but it is also about solving these business problems for our customers. When it is HPE plus our ecosystem one plus one equals three.”

White’s pledge of expanded partner commitment comes with the competition heating up in the channel as-a-service market.

For the last three years, HPE has been offering partners a robust 17 percent up-front rebate on the full size of the GreenLake multiyear deals. What’s more, HPE offers partners the ability to participate in recurring revenue upgrades from the customer along with the ability to layer in their own managed services.

“GreenLake 3.0 was available to sell through partners and through distribution with a unique value proposition. That is a two-fer for partners…. We give them an upfront 17 percent rebate like it was a (capital expenditure) sale. So they get basically a check for what they would have made in margin if they had sold it (as a capital expenditure project deal). But then they still get to participate in the recurring revenue stream by being in the monthly billing process as well. They get them both. That has been available to partners for a couple of years with GreenLake.”

White, for his part, said HPE competitors are in the “early days” of as a service, while HPE is putting its foot on the gas and accelerating its edge to cloud platform-as-a-service partner commitment.

“You saw last quarter we grew GreenLake (as-a-service order growth of) over 40 percent which is fantastic,” said White, who tripled the GreenLake channel investment for the current fiscal year, put GreenLake at the top of the 5x top sales compensation multiplier and for the first time added new GreenLake sales quotas for HPE sales reps.

“The channel continues to grow in the high, high percentage range which is fantastic to see. That’s because again the competition is so early days.”

The Dell 20 percent storage-as-a-service rebate falls short in terms of what customers are looking for in an on-premise pay-per-use cloud services platform, said White.

As for the HPE Aruba networking as-a-service model, White said it continues to pick up steam and gain share against rival Cisco which unveiled its Cisco Plus as-a-service model for partners in March. Cisco is set to deliver hybrid cloud as-a-service at mid-year and then follow it with a network-as-a-service offering later this year.

“We have seen a huge increase in our Aruba environment for quite some time,” said White. “In fact, it has been one of the shining stars if you will of our earnings releases the last couple of times. We are starting to see market share increases. That is because customers are now going in and they are modernizing what they had in the past. They might have been running Cisco or something else in the past. Now they are saying what is the best option for me? Aruba has really provided that new cloud."