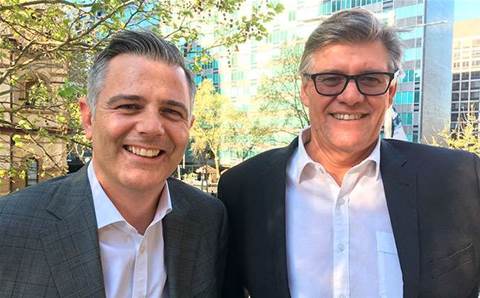 It's a dilemma faced across the channel: vendors demand payment on strict credit terms, but customers want the kind of pay-as-you-go experience offered by AWS. Now Hewlett Packard Enterprise has revealed how it hopes to help partners bridge the gap.

This move toward a shared risk model, which could see HPE co-finance servers, storage and networking gear, caught praise from one of the vendor's longest-term Australian partners, Sydney-headquartered Somerville Group.

The IT solution provider runs its own private cloud inside NextDC and enterprise-grade infrastructure – much of it HPE – generally sits on Somerville's own balance sheet, said founder Craig Somerville. "We have been working with vendors and financing organisations to come up with solutions because for the last 10 years, we buy it, we capex it, we turn it into a service model and then we sell it as a consumption model."

While Somerville has typically got clients to sign term contracts, customers are increasingly demanding the kind of flexible consumption models offered by Amazon and Microsoft Azure. "More and more, we are getting into no-contract because we have to compete with what is out there in the market," he told CRN.

Financing is one issue, tenancy is an even bigger "stumbling block", said Somerville. "The value of building service provider technology is to be able to build once and deploy to many. One of our biggest challenges has been the ability to deploy an infrastructure and then break it into pieces. That has been a very big cost challenge for us."

HPE hopes to resolve these problems with its new finance models. "As part of the Partner Ready Service Provider program, we are enabling our partners access to a whole variety of different consumption models," said Chris Trevitt, HPE’s South Pacific channels director for mid-market, enterprise and SMB.

There won't be a one-size-fits-all model in HPE's service provider program, added Trevitt. "I've seen all types of iterations."

He explained: "This is a true shared-risk model. For that to work, it takes two organisations to sit down and understand the opportunity and say hey, is this risk worth taking?"

For Craig Somerville, this shared risk approach is further evidence of HPE reducing direct competition with partners and "doubling down" on the channel. "This messaging is consistent from Meg Whitman down, so it's certainly a whole-of-business initiative."

Others changes that have lessened HPE's direct business included its decision to sunset its Helion public cloud, which could have competed with private cloud infrastructure offered by companies like Somerville, as well as the decision to shed its services arm to CSC.

"In the mid-2000s, HP made a larger direct play, certainly in the enterprise, but I expect that their longer-term growth and strength from a profitability point of view have come through the channel and that has certainly been a benefit to us," said Somerville.