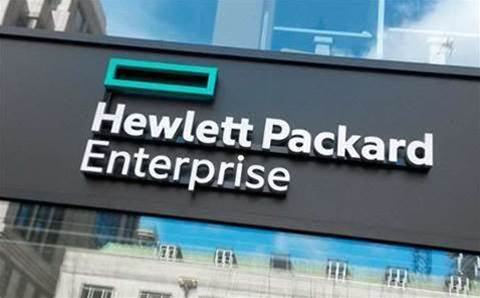 Hewlett-Packard Enterprise on Monday unveiled changes to its Partner Ready program with increased rebates for partners centered on the high-growth, high value next generation infrastructure products and services .

The changes to the HPE Partner Ready program are aimed in part at simplifying the program for HPE's channel partners, said Paul Hunter, worldwide partner sales leader for the vendor.

"Simplicity is the key to providing a stable and a predictable program to help partners evolve to meet the demand of customers," Hunter told CRN USA.

One major update is a change in the rebate structure for channel partners with a new emphasis on growth areas of the IT business, Hunter said.

HPE has offered target-based incentives in the past, with rebates of a certain percentage up to so many dollars, and a different percentage above that, he said. "Going forward, we want to offer the same payment for the partner's first dollar, the hundredth dollar, and the millionth dollar," he said.

To do that, HPE will start offering partners rebates of one times, three times, or five times the normal rebate for selling targeted high-growth, high-value offerings, Hunter said.

"Maybe today, you need to sell US$800,000 worth of product to get to the silver tier," he said. "Now, if you sell US$300,000 of the right storage worth three-times the value for rebates, it will immediately take you to the silver tier. We want to accelerate partners who invest in the value and growth portfolio."

HPE is simplifying its program in other ways, Hunter said. For instance, its services rebate has been simplified with only three different rebate rates as opposed to having a different rebate for each service. Furthermore, the rebates are also now consistent worldwide, he said.

"Our goal is to make things predictable," he said. "Partners need predictable. They aren't making investments on a quarterly basis. They are focused on a yearly basis."

"US partners are doing more projects in the US that also get deployed in Europe," he said. "So they can do the architecture and design in the US, maybe load the software, and then ship overseas. It's helpful to growing an international business to know the program is the same in multiple countries."

The updates to the HPE Partner Ready program take effect at the start of HPE’s new fiscal year on November 1.