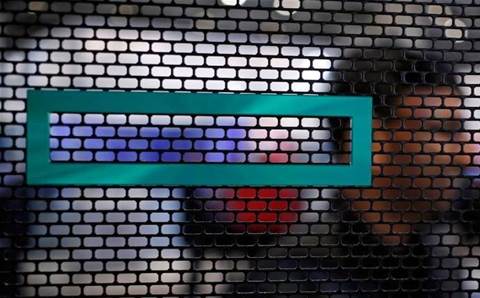 Hewlett Packard Enterprise Tuesday said a significant contractual relationship with systems integrator DXC Technology remains in place despite an “accounting” dispute that led to a US$666 million payout from HPE to DXC.

“The arbitration award does not impact the ongoing commercial contractual relationship between the two companies, which was established at the time of the HPE Enterprise Services spin-off transaction on March 31, 2017,” said HPE in a Securities and Exchange Commission filing. “DXC’s three-year contractual commitment to purchase significant dollar amounts of products and services from HPE is unaffected by this arbitration award.”

Furthermore, HPE said if any amount of DXC’s product and services purchase commitment is “not satisfied” by the end of the three-year pact, “the contract will renew automatically for up to an additional year during which the shortfall must be satisfied.”

DXC—which was formed from the HPE Enterprise Services unit’s spin-in merger with Computer Sciences Corp. (CSC)—said this week that the arbitration award consisted of US$631.8 million in damages and US$34.3 million in pre-award interest as well as post-award interest at 3 percent annually compounding until payment.

HPE said it was “disappointed” with the ruling by the arbitration panel and noted that the company expects to increase its reserves to the full value of the award in its fiscal third-quarter results.

HPE, which expects to report fiscal third quarter results next Tuesday, said that this stage it does not expect fiscal year 2019 non-GAAP earnings per share or free cash flow guidance to change as a result of the arbitration award.

It appears the arbitration award is related to a March 27, 2018, DXC demand for arbitration cited in an HPE SEC filing.

The arbitration demand asserted that HPE is required to “indemnify DXC” for any “transferred long-term capitalised lease obligations of the ES Business that exceed the threshold amount of US$250 million.”

DXC contended that this US$250 million threshold was exceeded by approximately US$1 billion because the “valuation of the assets underlying certain leases did not justify their classification as operating leases.”

A CFO for a solution provider, who did not want to be identified, said it appears that DXC is maintaining that HPE Enterprise Services’ revenue for those leases did not justify the operating leases in question. “I’m sure it’s more complex, but on the surface that’s what it sounds like,” he said.

When the HPE-CSC spin-in merger was completed, HPE said the deal delivered US$13.5 billion in value to HPE shareholders through an equity stake in DXC for HPE shareholders, a cash dividend payment to HPE, and DXC's assumption of debt and other liabilities.

As a result of the transaction, HPE received a special US$3 billion cash payment, and DXC assumed $600 million of net pension liability and US$400 million of existing debt.

All outstanding shares of CSC common stock were canceled and converted into shares of DXC Technology as a result of the deal. Some 50.1 percent of DXC's stock was issued to HPE stockholders (valued at approximately US$9.5 billion), while the remaining 49.9 percent was issued to CSC stockholders.

A channel consultant, who did not want to be identified, said the key for HPE going forward is to maintain the top-line revenue from the DXC contractual relationship.

“This was a well-thought-out and well-executed deal for HPE,” said the consultant. “They got rid of legacy outsourcing agreements that were in many cases unprofitable and they receive ongoing revenue from the DXC relationship.”