HPE steps up ProLiant charge against Dell with FlexOffers 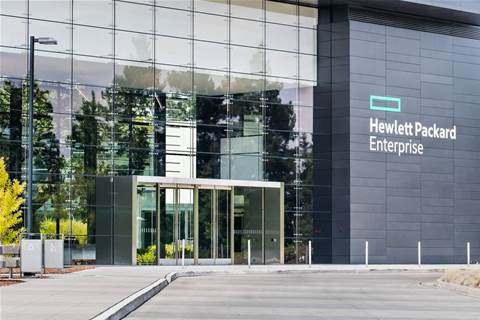 Hewlett Packard Enterprise is stepping up its ProLiant SMB sales charge with a new FlexOffers program that opens the door for partners to get custom systems from distribution.

“We think that’s a really compelling offer for our partners serving this customer segment that our competition is frankly not able to offer,” said Hewlett Packard Enterprise North America Managing Director Paul Hunter in an interview with CRN.

“We have got aspirations to significantly grow our SMB business, which we think is a great opportunity for partners, and our competitor does the majority of their business [there] direct,” said Hunter, referring to rival Dell Technologies “We feel there is a disproportionate opportunity for partners here. The same is true for state and local government and education business.”

HPE—which ships four servers and 46 terabytes of storage every 60 seconds—is engaged in a heated server market-share battle with Dell. In the 2020 third quarter ended Sept. 30, market researcher IDC declared a “statistical tie” between HPE and Dell in the battle for the No. 1 worldwide server revenue market share.

The FlexOffer ProLiant program amounts to a “huge” breakthrough given the degree of customization HPE is providing for “off-the-shelf” ProLiant products from distribution, said Hunter. That translates into big upside for HPE and its partners, he said.

“We’ve invested in IT systems such that our quoting systems can provide the ability for our distribution partners to price and quote customized SKUs while carrying a mixture of base units and options in stock,” he said. “So it’s really IT investments that have enabled the customized delivery within 48 hours.”

The ProLiant program provides flexibility on hard drives, memory and other options, said Hunter. Previously, those kind of customized solutions would require an order to HPE for the ProLiant system, which would be custom-built at an HPE factory.

Distributors are going to be doing the customization on-site at their facilities with a “mixture of standard components” that are in stock, said Hunter. “It simplifies the experience for the partner, it provides a better experience for the customer, and the distributor is also adding value for us—which is what we are looking for,” he said.

The ProLiant FlexOffers program is part of a significant North America effort to increase SMB sales. That includes a restructuring that puts the North America inside sales team working hand in hand with the partner team under HPE North America Channel Chief Leslie Maher.

Hunter said he is “excited” about the SMB sales offensive growth potential for the new fiscal year. “That ‘s a customer segment that we’re excited about the growth in,” he said. “In particular we made investments in distribution and distribution capabilities, which are now coming to fruition.”

“It’s not like providing a notebook,” he said. “The ability to customize servers for the data center is No. 1. Customization is very important in the data center. Everybody wants something different.”

The ability to customize servers with a quick turnaround is also critical to get to the right “price point” to close server deals in the partner sales trenches, said Larocque. “Turnaround is very important on these sales,” he said. “HPE has made major improvements there.”

Larocque praised the significant progress HPE President and CEO Antonio Neri has made to make it simpler for partners and customers to do business with HPE. “The investments that Antonio has made are very evident,” he said. “HPE has done a very good job on making it easier to buy and sell HPE products. We are heavily invested in supporting HPE and they have a lot of great ideas.”

The FlexOffers program comes with more customers looking to do a refresh on servers in the data center in 2021, said Larocque. In fact, customers have made progress over the past year in setting up procedures and processes for data center access and refresh in the midst of the pandemic, he said. “Modernizing data centers is a big issue,” he said. “There is pent-up demand for it.”

Grow your software revenue by selling these 5 affordable, essential tools for the modern workplace
By Steven Burke
Jan 29 2021
7:01AM