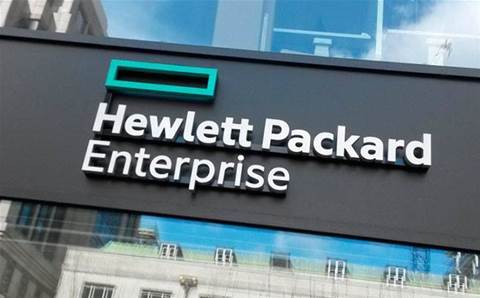 Overall, the worldwide server market declined 11.6 percent during the second quarter of 2019 to just over US$20 billion. Global server shipments also declined by 9.3 percent year over year to approximately 2.7 million units shipped.

"The second quarter saw the server market's first contraction in nine quarters, albeit against a very difficult compare from one year ago when the server market realized unprecedented growth," said Sebastian Lagana, IDC research manager for Infrastructure Platforms and Technologies. "Irrespective of the difficult compare, factors impacting the market include a slowdown in purchasing from cloud providers and hyperscale customers, an off-cycle in the cyclical non-x86 market, as well as a slowdown from enterprises due to existing capacity slack and macroeconomic uncertainty."

Here are the top five vendors who led the server market in the second quarter of 2019.

Market overview: servers sales fall across the board

After a long stretch of market growth that drove the server market to record heights, the worldwide market declined for the first time since the fourth quarter of 2016, according to IDC. All classes of servers were impacted.

Looking at server shipments, vendors shipped a total of 2.7 million servers during the quarter, down from the nearly 3 million shipped in the second quarter 2019.

In terms of geography, the United States was down 19.1 percent year over year, while China saw vendor revenues also decline 8.7 percent. Canada was the fastest growing region in the quarter with 13.4 percent year over year server sales growth, while Europe and EMEA grew 2 percent on aggregate.

IBM, which recently completed its $34 billion blockbuster acquisition of Red Hat, took home fifth place in terms of global server market share. The company generated $1.19 billion in server revenue in the quarter, down 27.4 percent compared to $1.64 billion in server sales during second quarter 2018.

IBM did not place in the top six vendors in terms of server shipped in the second quarter, meaning the company sold less than 110,000 servers.

Looking ahead, IBM plans to become a market leader for hybrid cloud computing with the purchase of Red Hat. "Businesses are starting the next chapter of their digital reinventions, modernizing infrastructure and moving mission-critical workloads across private clouds and multiple clouds from multiple vendors," said Ginni Rometty, IBM chairman, president and CEO, in July. "They need open, flexible technology to manage these hybrid multicloud environments. And they need partners they can trust to manage and secure these systems. IBM and Red Hat are uniquely suited to meet these needs. As the leading hybrid cloud provider, we will help clients forge the technology foundations of their business for decades to come."

Lenovo shipped a total of 181,000 servers in the quarter, down 19 percent compared to the 224,000 server shipments during the same quarter one year ago. The company captured 6.7 percent server shipment market share, down from 7.6 percent share year over year.

China-based Inspur was the only major vendor in the world to see positive server sales gain in the second quarter year over year. Inspur generated $1.44 billion in revenue, representing a significant increase of 32.3 percent compared to the same quarter one year ago. The company’s global market share increased from 4.8 percent in second quarter 2018 to 7.2 percent, gaining more market share than any other vendor.

Inspur was also the only major server vendor to ship more servers in the second quarter 2019 compared to the same quarter one year ago. The company shipped nearly 233,000 servers, up 14.6 percent year over year. Inspur’s server shipment market share jumped from 6.8 percent in second quarter 2018 to now 8.7 percent.

HPE gained 1.5 points in market share during the second quarter 2019 by capturing 18 percent of the global market up from 16.5 percent year over year. The company generated $3.6 billion in server revenue, down 3.6 percent compared to $3.74 billion in second quarter 2018. HPE has a joint venture with China-based New H3C Group with IDC reporting the combined server revenue from both HPE and New H3C Group. HPE owns a 49 percent ownership share in the New H3C Group.

HPE shipped the second most servers worldwide during the quarter with approximately 438,000 shipments, down 5.8 percent year over year. The company shipped 16.3 percent of all servers during the quarter, up from 15.7 percent one year ago.

HPE recently delivered a 34 percent year over year increase in gross margin for its third fiscal quarter. “We significantly expanded profitability and delivered a record level of free cash flow,” said HPE CEO Antonio Neri in an interview with CRN USA. “What that means for partners is they are making more money. That is the bottom line.”

The $91 billion infrastructure giant generated the most server sales worldwide during the quarter at $3.8 billion in revenue to capture 19 percent market share. However, those sales represent a 13 percent sales decline year over year when revenue hit $4.37 billion in second quarter 2018. Dell’s market share also slightly fell from 19.3 percent share in second quarter 2018 to 19 percent.

Dell Technologies shipped the most servers during the second quarter with a total of approximately 480,000 shipments, representing 17.8 percent of the total amount of servers shipped in the market. Dell shipped nearly 577,000 servers in the second quarter of 2018, which represents a 16.8 percent year over year decline.

For Dell’s recent second fiscal quarter 2020, the company reported a 12 percent drop in servers primarily due to issues in the China market. Without the China impact, Dell Technologies estimated that its server business would have increased 1-percent year over year.

“We have a good relationship and a good business there, but clearly the U.S.-China trade tensions are a bit of an overhang on the business,” said Tom Sweet, chief financial officer of Dell Technologies, during the company’s first quarter earnings conference call in May. “We did see more competitiveness in the market, principally in the server space.”