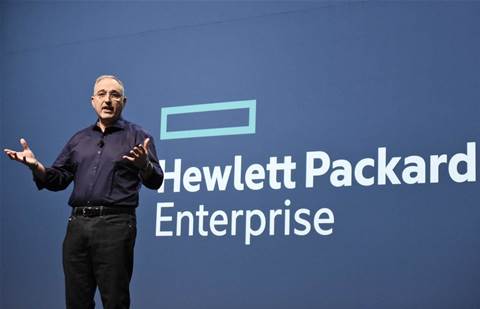 When HPE CEO Antonio Neri took the helm 16 months ago, he had three priorities: partners and customers, innovation and culture. At HPE Discover 2019, executives told CRN USA that those focus areas are paying off, specifically in the channel where business grew 13 percent year-over-year.

CRN discussed the details in an interview with HPE’s Jesse Chavez, vice president of worldwide channel sales and alliances. Watch CRN’s video included in this article for the full interview.

Describe the momentum HPE has seen in the channel.

Chavez: “We had a great year with our partner community. We grew at 13 percent year over year. The company itself grew from 6-7 percent, so the channel grew double the overall company. I think a lot of it has to do with our focused products, so we had huge growth with SimpliVity, Nimble and with Synergy, which we grew 75 percent. The areas where we focused our partners overall as we designed the overall program - that’s the area we actually grew and there’s higher margin for our partners.”

How is HPE uniting its internal sales and marketing teams with its channel partners?

Chavez: “I’ll take Sales Pro for example: The way we that we trained our sales people we had our own program to do that. There was a learning path called License to Drive Value. It was really a world base type of experience as far as training is concerned. We decided here at GPS (Global Partner Summit) to make that available to our partners, so it’s the same learning pass that we have internally. That’s one example of making that available to our partners in the same way we train our own people.”

Tell us about HPE’s new Channel to Edge Institute, the program devoted to training and educating partners on edge computing.

Chavez: “We developed an institute to share some of the learnings that we have. So, we will share business cases and workshops along with use cases and introduce them to some of our partners that we developed on the OT side. Partners aren’t used to the OT side. They are used to the IT side and the institute itself brings it all together, sharing best practices on the verticals.”

Grow your software revenue by selling these 5 affordable, essential tools for the modern workplace
By Diana Blass
Jun 25 2019
6:27AM