HPE to buy hyperconverged vendor SimpliVity for US$650 million 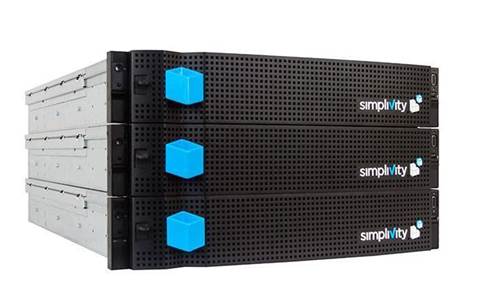 Hewlett Packard Enterprise has announced a definitive agreement to acquired hyperconverged vendor SimpliVity for US$650 million, in a deal that will reshape the hyperconvergence landscape and put the heat on rival Cisco Systems.

HPE said by bringing together its portfolio in infrastructure, automation and cloud management software with SimpliVity's software-defined data management platform, the company will deliver the industry's only "built-for-enterprise" hyperconverged offering.

The family of HPE SimpliVity offerings will start with an HPE SimpliVity HC 380 appliance within 60 days of the close of the deal and then within six months add additional system offerings, including a VMware appliance, a backup and disaster recovery appliance and a Microsoft HyperV appliance.

The acquisition is expected to close in the second quarter of HPE's fiscal year 2017.

Doron Kempel, CEO of SimpliVity, said in a statement that joining HPE was the company's logical next step.

"HPE's broad sales reach, extensive partner channel, complementary technology and commitment to innovation will accelerate SimpliVity's journey and significantly strengthen our ability to deliver the best-in-class hybrid IT solutions our customers are looking for," he said.

HPE said the hyperconverged market was estimated to be approximately US$2.4 billion in 2016 and is expected to grow at a compound annual growth rate of 25 percent, to nearly US$6 billion, by 2020.

Rival Cisco took the wraps off its hyperconvergence play, Hyperflex Systems, at Cisco Partner Summit in March in front of thousands of partners. Hyperflex consists of Cisco UCS servers and software-defined storage technology developed through a strategic partnership with Springpath. By August, Cisco reported there was approximately 500 customers using HyperFlex.

Eliminating departmental friction within MSPs
By Mark Haranas
Jan 18 2017
10:10AM