HPE to pay DXC US$666 million in arbitration ruling 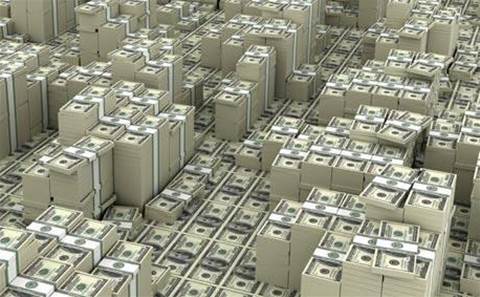 Hewlett Packard Enterprise is set to pay DXC Technology US$666 million as a result of an “accounting” dispute.

DXC, which was formed from HPE Enterprise Services unit’s spin-in merger with Computer Sciences Corp. (CSC) in 2017, said in a U.S. Securities and Exchange Commission filing that the arbitration award consisted of $631.8 million in damages and $34.3 million in pre-award interest as well as post-award interest at 3 percent annually compounding until payment.

DXC said the payment was made pursuant to a “binding arbitration” agreement outlined under the separation and distribution agreement between CSC and HPE in 2017.

DXC told CRN it is “subject to confidentiality obligations” under the arbitration agreement and refused to comment beyond that.

It appears the award is related to a March 27, 2018, DXC demand for arbitration cited in an HPE SEC filing.

The arbitration demand asserted that HPE is required to “indemnify DXC” for any “transferred long-term capitalised lease obligations of the ES Business that exceed the threshold amount of $250 million.”

DXC contended that this $250 million threshold was exceeded by approximately $1.0 billion because the “valuation of the assets underlying certain leases did not justify their classification as operating leases.”

A CFO for a US-based solution provider, who did not want to be identified, said it appears that DXC is maintaining that the HPE Enterprise Services’ revenue for those leases did not justify the operating leases in question. “I’m sure it’s more complex, but on the surface that’s what it sounds like,” the CFO said.

The CEO for a solution provider, who recently completed a merger pact and did not want to be identified, said the lesson to be learned from the HPE-DXC accounting dispute is to double down on the nitty-gritty accounting details that are the heart of any merger or acquisition.

“You’ve got to do your due diligence,” said the solution provider CEO. “Regardless of size of the deal, there are going to be minor and major hiccups and bumps in the road. What it comes down to is being able to weather those storms. The question becomes are those storms simply a drizzle or a hurricane?”

The CEO said the dispute appears related to a central question of exactly what the HPE Enterprise Services’ assets were worth relative to the lease obligations. “DXC did not want to be caught having to make up the difference,” said the executive.

When the HPE–CSC spin-in merger was completed on April 3, 2017, HPE said the deal delivered $13.5 billion in value to HPE shareholders through an equity stake in DXC for HPE shareholders, a cash dividend payment to HPE, and DXC's assumption of debt and other liabilities.

As a result of the transaction, HPE received a special $3 billion cash payment, and DXC assumed $600 million of net pension liability and $400 million of existing debt.

All outstanding shares of CSC common stock were canceled and converted into shares of DXC Technology as a result of the deal. Some 50.1 percent of DXC's stock was issued to HPE stockholders (valued at approximately $9.5 billion), while the remaining 49.9 percent was issued to CSC stockholders.

O’Ryan Johnson contributed to this story.