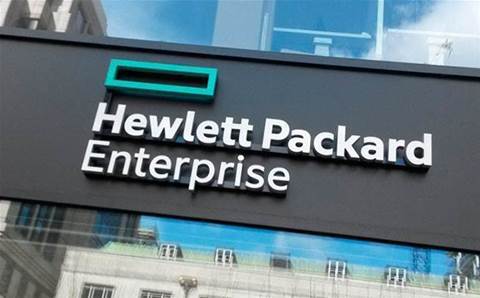 Hewlett Packard Enterprise Monday used the VMworld conference as a platform to take direct aim at rival Dell by unleashing VMware’s Cloud Foundation as a Service on HPE GreenLake.

The new GreenLake as a service offering, which runs on HPE’s fast-growing Synergy composable cloud platform, allows partners for the first time to provide VMware virtual machines (VMs) on a pay-per-use basis with the full VMware Cloud Foundation stack on GreenLake.

“We think this is a huge breakthrough over Dell,” said HPE Vice President of Global Marketing Paul Miller in an interview with CRN USA. “We think we have a better VMware solution with Synergy that enables speed, agility, a lower cost point and more flexibility over Dell with metering at the VM level. … Dell meters at the server level. We are the only ones that meter at the VM level and enable customers to bill at that level.”

Miller said that HPE’s VM pricing “granularity” is a pay-per-use game-changer for customers who have become accustomed to paying for VMs on a core processor server basis under complex licensing agreements. “With GreenLake you only pay for the exact VM,” he said. “The ability to pay based on VM granularity is an economic game-changer for customers.”

“With Synergy you can scale up or down and do DevOps,” he said. “That is a huge advantage. This is delivering the ultimate cloud experience both economically and agility-wise for customers that no one else can touch.”

Dell Technologies, for its part, attempted to steal the thunder from HPE GreenLake by announcing at VMworld that its Cloud Data Centre as a Service offering—running VMware Cloud on Dell EMC infrastructure —is publicly available in the US. The Dell offering is based on its VxRail hyper-converged enterprise-grade platform.

HPE partners, for their part, said the ability for GreenLake to do metered VMs—which is largely a result of HPE’s acquisition two years ago of metering software provider Cloud Cruiser—gives HPE a marked advantage in the pay-per-use battle with Dell Technologies.

HPE GreenLake had its largest quarter ever with a robust 39 percent sales growth for HPE’s second fiscal quarter ended April 30.

HPE is stepping up its pay-per-use charge with a commitment from HPE CEO Antonio Neri that the company will transform its entire portfolio to as-a-service by 2022.

HPE’s Miller, for his part, said the GreenLake VMware Cloud Foundation offering targets the upper mid-market and enterprise customers with a per-VM cost comparable to public cloud. “Almost every customer is running the VMware stack,” he said. “This is going to open doors to new workloads and initiatives that partners can take advantage of.”