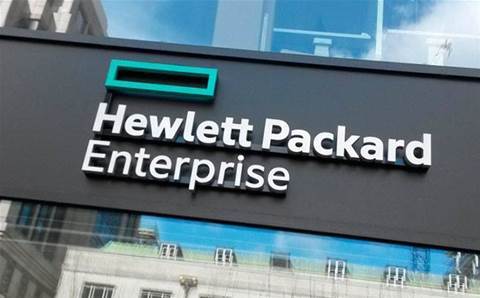 Neri thanked HPE partners for the blockbuster quarterly sales performance with sales out through partners up year-over-year in every segment of the business.

"We would not have been able to deliver this performance without the channel," Neri told CRN USA in an interview after the company bested Wall Street earnings per share expectations by 12 cents.

"Most of our business goes through the channel and the results speak for themselves. We saw great performance across every segment of the market in the channel with double digit growth."

The strong results are a testament to HPE's innovation and the flat out most profitable partner program in the industry, said Neri. "Our Partner Ready program is the industry leading program for channel partners," he said. "It is stable and predictable. They know it. Think about our competitors: they keep trying over and over, they keep flipping the programs, more rebates here, less rebates there. Invest here. Move there."

Neri said the company's "channel first"  model is only going to get stronger going forward. He said now is the time for partners to "double down" on HPE and drive forward with the company with game changing innovations like GreenLake consumption based computing and HPE OneSphere SaaS multicloud management platform which was made generally available this week.

Neri, who has architected HPE's game-changing Next initiative aimed at making the company more nimble and agile, took the helm on 1 February. A 22-year HPE veteran who started as a customer service engineer for the company in EMEA (Europe, Middle East and Africa), Neri is credited with making massive changes that have streamlined the company's go-to-market sales model.

In addition, the Next initiative has reduced management layers from as many as seven to four.

Neri told analysts that the "simplification" of the HPE sales model is accelerating execution in the field. He said HPE Next is an "opportunity" to establish a new "culture" at the company.

"This is architecting the company from the ground up with a clean sheet approach," he said. "This is going to change the culture of the company. What I have learned is that you can push more and do more. The organization is actually very excited about what we are doing. They see an opportunity to improve the way we serve our customers."