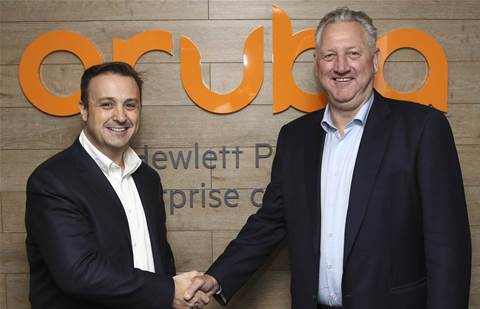 Devlin will assume the role of Director of South Pacific in August, replacing Anthony Smith, who was promoted to APJ channel sales director. CRN has contacted HPE on Devlin’s replacement at HPE.

“We are delighted to welcome Pat to our team and look forward to working with him to drive the ANZ business to further success in the region,” Aruba APJ vice president Steve Wood said.

“Pat brings with him a wealth of experience in building and growing successful technology businesses, as well as established relationships across the corporate and channel sectors. He has a holistic knowledge of Aruba’s product offering thanks to his recent work at HPE and brings a strong understanding of how our solutions help to solve customer problems and deliver great outcomes.”

Devlin joined HPE in 2017 following the company’s acquisition of SimpliVity, where he was ANZ regional director. He continued working with the hyperconverged platform at HPE.

Devlin was also previously the ANZ managing director of Ruckus Wireless from 2014 to 2016, country manager for security vendor Watchguard from 2012 to 2014 and Australian regional sales manager at Brocade from 2010 to 2012.

“I look forward to hitting the ground running, speaking with new and existing customers on how we can make business easier for them, as well as broadening the solutions on offer for our partners,” Devlin said in a statement.

“We have some fantastic partnerships in the pipeline that I’m excited to lead, including a soon to be announced partnership in the government and conservation space that is particularly close to my heart.”