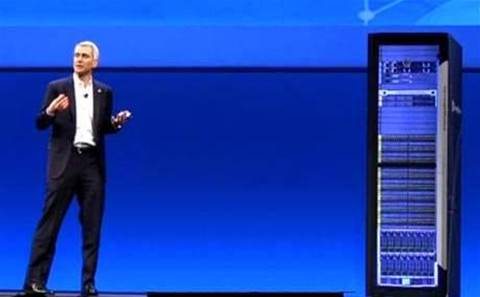 Online polling company SurveyMonkey has named former HP executive Bill Veghte chief executive, succeeding Dave Goldberg, who died in an accident in May after helping build it into one of the biggest privately held companies in Silicon Valley.

Veghte will join the company 3 August and will also take a board seat, SurveyMonkey said in an announcement.

A former Microsoft executive who joined HP in 2010, Veghte takes the helm of SurveyMonkey at a time when it is recovering from the loss of Goldberg, its chief executive of six years. Goldberg died unexpectedly during a Mexico vacation with his wife, Facebook executive Sheryl Sandberg.

Goldberg had transformed the once-sleepy business into a fast-growing giant, with surveys that garner more than 3 million responses a day. It is expanding into new areas such as data comparison, and in a December funding round investors valued it at US$2 billion.

Yesterday, SurveyMonkey announced that Sandberg would join its board, along with former Facebook chief financial officer David Ebersman, who led that company through its 2012 initial public offering.

Last week, Veghte had announced his resignation from HP, where he had been leading the company's enterprise group. Effective 1 August, HP Enterprise, which handles data centre products and enterprise services, will become a separate company from HP Inc, which will sell computers and printers.

(Reporting by Sarah McBride in San Francisco and Sai Sachin R in Bengaluru; Editing by Simon Jennings and David Gregorio)