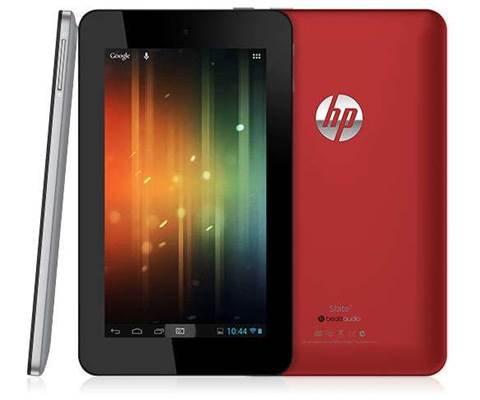 The Slate 7 was officially unveiled yesterday ahead of this week's Mobile World Congress in Barcelona.

It marked HP's re-entry into the consumer tablet market following the dumping of its WebOS-based TouchPad tablet two years ago.

It will retail from $199, making it one of the cheapest consumer tablets on the market, coming in lower than Google's low-cost $249 Nexus 7.

HP's TouchPad initially sold for $498 for the 16GB model and $599 for 32GB when it landed in 2010. The price was later slashed to $98 and $148 respectively, as part of a fire sale to clear out stock when HP killed off the tablet after less than a week on the local market.

The 7-inch Slate 7 runs Android 4.1 Jellybean with a ARM Cortex A9 dual-core processor.

It weighs 368 grams, has 3MP and VGA cameras, and the ability to "talk" to printers. It features a stainless-steel frame and comes in either grey or red on the back.

The company is yet to reveal which retail partners will offer the device.

Cloud application revenue made easy
By Staff Writers
Feb 26 2013
9:19AM