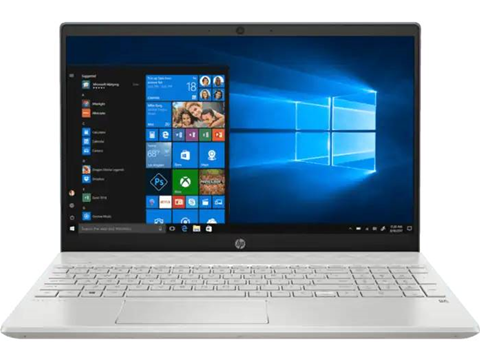 The PC and printer giant first unveiled details about the Amplify program in July, with the goal of giving solution providers plenty of time to digest the many changes in the program before it debuted.

With HP Amplify up and running, the company reported yesterday that 99 percent of commercial partners were registered.

The Amplify program features a revamped compensation structure and a bigger focus on rewarding partners that can offer services, collaborate around data and bring a strong digital presence.

Amplify focuses on compensating partners for more than just sales volumes while bringing a new emphasis on data sharing, as customers increasingly look to interact digitally—a trend accelerated by the COVID-19 pandemic.

The Amplify program brings a deeper focus on enabling increased delivery of services such as Device as a Service and managed print services. For instance, service delivery capability is one of the new performance indicators used to measure rewards in the Amplify program.

Sales volume and goals are still part of the compensation structure under Amplify but so are a number of other performance indicators, according to HP.

Those include presales indicators, such as deal registration volume, sales conversion rates and pre-sales support utilisation; indicators at the point of transaction including average sales volume and average revenue per account; and post-sales metrics such as time to delivery, account retention, account expansion and customer satisfaction.

HP replaces all prior tiers and programs with a new two-tier system in the Amplify program.

The base Synergy tier in the program is meant for most partners and includes standard benefits, while the upper Power tier requires a greater amount of investment from partners, HP has said. The Power track also comes with more investment from HP including with enhanced incentives, support and data.

There’s also one sub-tier, the Power Services track, which enables partners to participate in managed services delivery, and comes with specialized support and resources from HP.

Data sharing is another one of the hallmarks of the new program. HP is asking partners to opt in to share data such as customer purchasing behaviour, online sales mix and inventory levels.

The data, which is subject to privacy and security measures, will be used to help jointly drive improved outcomes with customers, HP said.

With the data-sharing initiative with partners, “we’re making sure that they understand that this is a partnership,” said Christoph Schell, chief commercial officer at HP, in an interview with CRN USA in September.

In Australia the vendor's local channel chief Chelsea Rossney said in a statement that "almost 100 percent" of the company's existing partners had joined the new program.

Rossney declined to detail how the shake out has worked in moving partners from three tiers into two citing "commercial reasons", but said the vendor had "a strong representation of our key revenue".

While the company globally has said it was prioritising device as a service and managed print partners, HP's local channel chief would not give any details on local customer adoption.

"For the end-customers, finding a partner doesn’t change. We’ll continue to have the partner portal and distribution network, which will act as a feed to connect customers with partners as it does currently," Rossney said.