HP's newest EliteBook x360: here's what you need to know 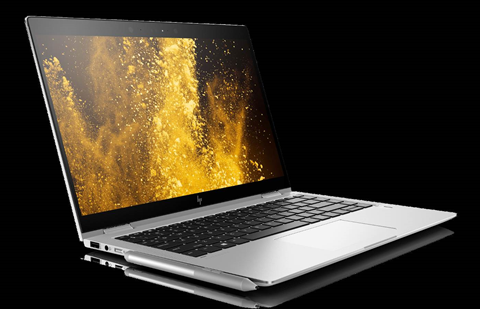 It's not just smartphones that are seeing their display borders starting to disappear. On PC notebooks, too, the bezels around the screen are continuing to erode.

That's one of the key upgrades in the HP's newest convertible for business, the EliteBook x360 1040 G5. Not only does the smaller bezel provide an appealing look on the redesigned notebook, it also makes the new EliteBook x360 smaller all around—ultimately, according to HP, making it a 14-inch notebook that fits on a typical 13-inch chassis.

There are plenty of other upgrades in the latest EliteBook x360, too. What follows are six key things to know about HP's EliteBook x360 1040 G5.

HP's EliteBook x360 line of commercial convertibles has brought a major focus on both hardware and software security for years—and that's not changing with the 1040 G5 release. On the hardware side, HP is bringing its second-generation integrated privacy screen, Sure View, as an option for the 1040 G5.

Other key security features include Sure Recover, which allows an image to be restored even without internet connectivity, by accessing a securely stored image; Sure Click, which ensures that malware doesn't leave browser tabs to reach the PC; and the fourth generation of HP's self-healing BIOS technology, Sure Start.

HP said the EliteBook x360 1040 G5 will be available with optional 4G LTE connectivity, so that the notebook can serve as an "always connected" device for users. Along with rarely having to lose web connectivity, LTE brings security advantages by not having to connect to potentially untrustworthy wi-fi hotspots. HP also specified that the notebook will offer "gigabit" speed LTE, suggesting it will offer faster LTE than some other devices on the market.

HP is offering a number of different configuration options for the 14-inch convertible touch display on the EliteBook x360 1040 G5. One major enhancement is on brightness, with the display now able to go up to 700 nits—making it possible to use the device even in bright sunlight. The notebook is also available in FHD (1920 x 1080) or 4K (3840 x 2160) resolution, and with Corning Gorilla Glass 5 for durability. An anti-glare option is available, as well.

Along with fitting a 14-inch display onto a 13-inch chassis, HP has also kept the EliteBook x360 1040 G5 lightweight, with a starting weight of 1.3kg. The notebook is also fairly thin, measuring 1.6cm thick.

On storage, between 128 GB and 2 TB is available. The notebook also upgrades to an FHD webcam, from HD in previous models, and offers additional features including dedicated collaboration keys, such as for launching videoconferences. In addition, like previous EliteBook models, the notebook meets a number of military standards for durability with its aluminum chassis.