HP's not-LTE TouchPad due by August 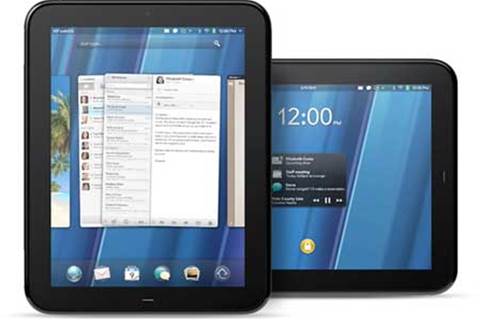 HP has announced the first mobile broadband-capable version of its TouchPad tablet, dubbed the "4G" in an attempt to meet concerns surrounding the device's first iteration.

The new model will come equipped with a larger 1.5 GHz processor, 32 GB of internal storage as well as GPS capability and a SIM card tied to the US carrier, AT&T, according to HP.

The company has not revealed the exact date of the release, but said it would be ready before US students return to school at the end of August.

Though dubbed as carrying "4G" technology, HP clarified in a footnote on its product website that “TouchPad 4G is an HSPA+ Category 14 device that supports download speed of up to 21Mbps".

The faster processor may deal with complaints that its WiFi-only TouchPad was sluggish, but the harshest criticism were over its shape, described as “bulbous” and like a chopping board.

The use of the "4G" moniker falls into line with marketing used by AT&T to describe its upgraded HSPA+ network, rather than the use of fourth-generation technologies such as LTE or WiMAX.

In contrast to the TouchPad's peak mobile speeds of 21 Mbps, LTE, also a 4G type network, was shown to deliver 88.1 Mbps downlink speeds under trials run by Telstra, which is currently rolling out the network in Australia.

Global body the International Telecommunications Union was forced in December last year to redfine what it considered 4G technology to include current LTE standards in order to align with marketing used by carriers. The body initially only considered LTE successor LTE-Advanced as the first true 4G technology standard.

Yesterday HP shuffled the key executives responsible for the TouchPad, including head of HP's Palm division and former Palm CEO, Jon Rubinstein, who recently reassured staff that HP would in the long- run overcome the problems highlighted in its public thrashing.

Rubinstein was made vice president of HP's Personal Systems Group (PSG), reporting to the group's head, Todd Bradley, while current PSG head Stephen DeWitt was put in charge of its webOS software business, according to the Wall Street Journal.

HP has not released pricing and or specific dates for the US launch of the upgraded TouchPad and is yet to announce a date for Australia.