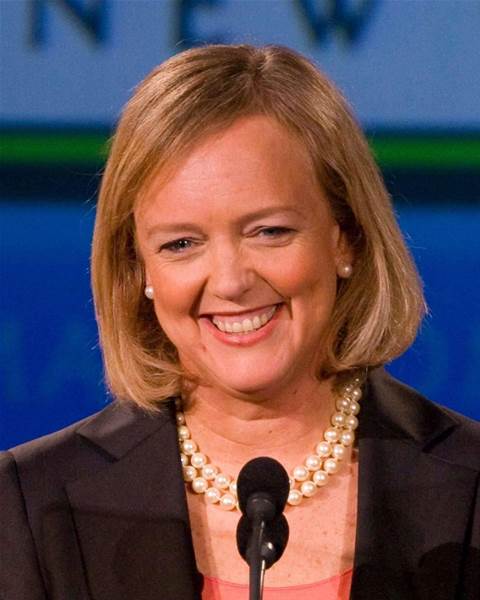 Hewlett-Packard CEO Meg Whitman Wednesday told Wall Street analysts that the $120 billion computer giant is no longer planning for sales growth in the next fiscal year due in large part to execution issues with HP's Enterprise Group business.

"We now expect that total company year-over-year revenue growth in fiscal 2014 is unlikely," said Whitman, who had expressed hope just three months ago that sales growth was possible in the next fiscal year. "That said, I remain confident we are making progress in our turnaround."

In fact, Whitman said HP will see "pockets of year-over-year revenue growth across certain parts of the business in 2014." HP is expected to give more guidance for the next fiscal year sales and earnings at its securities analyst meeting on Oct. 9.

HP's enterprise business in the quarter was down 9 percent to $20.58 billion compared with $22.32 billion in the year ago quarter.

The "net impact" of HP Enterprise Group "execution challenges" Whitman said, is an expected loss of "five points of market share on a revenue basis."

HP, in fact, is facing severe market pressure from rival Dell even as Dell faces uncertainty closing out a $24.8 billion leveraged buyout. Dell's server unit shipments in the second quarter were up 4.8 percent to 552,486 units, just 28,684 units behind No. 1 global shipment winner HP, whose global shipments declined 13.6 percent to 581,170 units during the quarter, said sources who have seen the preliminary data from market researcher IDC.

Mont Phelps, the CEO of NWN Corp., one of HP's top enterprise partners and No. 88 on the SP500 with $266 million in annual sales, praised Whitman for taking bold and decisive action in the wake of the HP enterprise shortfall but still emphasized that HP had underachieved. "I can't understand it. How do you lose this kind of market share to Dell?" asked Phelps.

"HP is getting beat on the street in some cases in the server world by Dell and they shouldn't be," he said. "My view is that they do have execution issues and they didn’t have the competitive edge that was necessary to win in the marketplace."

A Bright Spot For HP: A Revamped Partner

One ProgramIn some cases, NWN's Phelps said, the server execution issues are the result of just being too slow to respond to competitive situations with special pricing or relying too heavily on doing custom configurations on each and every deal, he said.

Phelps said that anyone who expected the HP turnaround would go off without a few bumps in the road was being unrealistic. "If anybody thought that all the problems and years of operating in certain ways would be changed by now, they are naive," he said. "The world doesn't work that way especially in a large complex organization like HP. You just can't make the transition this quickly. It is going to take time. There will continue to be bumps in the road, but I feel as long as Meg and HP continue to be committed to working with the channel for mutual success we can make it happen."

Phelps said he is having success in the sales trenches with the robust HP product and services portfolio. He expects his HP business to grow 30 percent this year. "HP is going to make this work," he said. "It's the old story of the time it takes to move a battleship. Some people within HP kept doing what they were doing, and with Meg that is not acceptable. Anybody that is not on board to do the right thing is going to be at risk of losing their job. And that is a good thing."

One of the bright spots for HP is a revamped PartnerOne program that HP partners say is already helping them drive sales growth.

"Our channel partners have just gotten their first checks from the new compensation program that went into effect in June," said Whitman. "There is some light at the end of that tunnel. We feel good about the changes we made to our partner selling motion.

Whitman said she sees more sales account consistency, but there is still work to be done. "Frankly my view is we have made this a bit too complicated than we need to," she said. "My experience in sales organizations is simplicity and clarity of role, and the right people against the right opportunity is critical."

Even with the enterprise sales issues that need to be resolved, Whitman said she remains confident in HP's turnaround. "This is a journey," she said. "We have achieved a lot of milestones along the way. And, I am confident that we are on the right track. And, I am really excited about this new management team and what we are going to accomplish for the benefit of customers, shareholders and employees."