HTC gives One the gold treatment 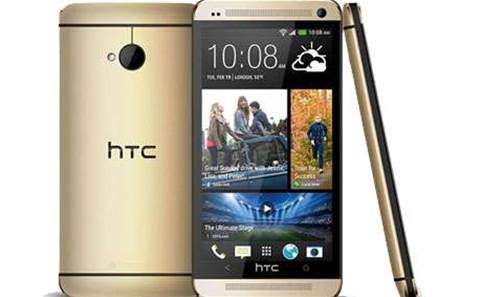 HTC has revealed a gold version of the One, joining the iPhone 5s and Galaxy S4 in the blinged-up smartphone club.

Though we've yet to see the new gold One in the flesh, it looks a lot less garish than the actual 18 carat gold model revealed earlier this year, which was thankfully only limited to five units.

The new gold HTC One shares the same specs as its silver, black, red and blue brothers, with a 4.7in 1080p screen, 4MP UltraPixel camera and quad-core innards.

There's no specific price tag or release date at the moment, but HTC has confirmed that it will land across Europe on several different carriers.