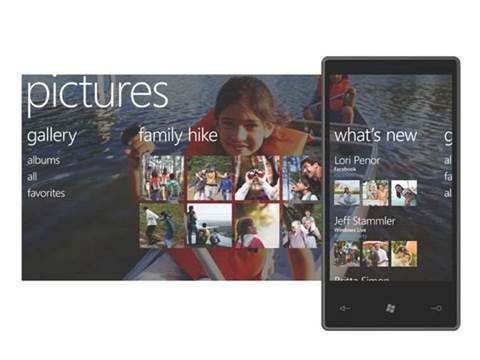 Details of HTC's first Windows Phone 7 handset have leaked ahead of this month's launch.

The HTC Mozart will sport a 3.7in 800 x 480 pixel TFT display, giving it a slight screen size advantage over the iPhone 4 but only a fraction of Apple's 640 x 960 resolution. The device will also be slightly chunkier, measuring up at 119 x 60.5 x 11.9mm, according to the spec sheet leaked to Engadget.

The device will include an 8-megapixel camera that's also capable of capturing video at 720p. The device will have only 8GB of storage, and will be powered by an unspecified 1GHz processor.

The juice will be provided by a 1,300mAh battery, and it will have the full complement of wireless connections, including 802.11n Wi-Fi, Bluetooth and assisted GPS.

The HTC Mozart will likely be officially unveiled at the launch of Windows Phone 7 next Tuesday in Australia.