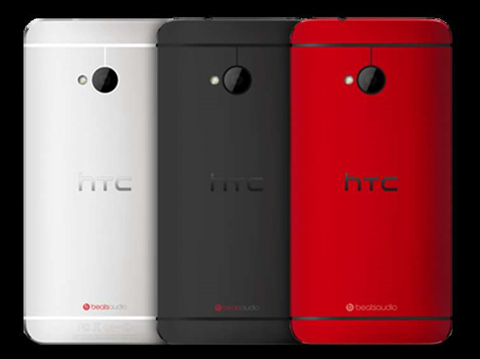 HTC is set to release an updated version of its flagship phone - which rumours suggest could be called the HTC One 2014, the All New HTC One, the HTC One M8 or the HTC One+.

Whatever name HTC eventually lands on, we're looking forward to getting our hands on the new model. The original HTC One may not have saved the firm's sales from sliding, but it's a solid handset that's picked up our Recommended award, won best handset of the year at Mobile World Congress and even converted a former PC Pro editor from the iPhone to Android.

Leaks and rumours suggest that the new HTC One will be much like its predecessor - why mess with a good thing? - with updates to the camera, chip, and possibly even an SD card slot.

Here's what we know - well, are pretty sure about - so far.

Of all the rumours, this one is the most solid: HTC is holding an event on 25 March, and it's widely assumed to be the launch party for the All New HTC One, or whatever it's eventually called.

That's a year on from the arrival of the HTC One, so it certainly makes sense. What isn't clear is whether the press conference will also include variations on the flagship, such as an update to the HTC One Max or a smaller version of the handset.

Photos and videos of the new HTC One have been floating around online, and all seem to agree on a few points.

First, the new model's display will be slightly larger than its predecessor. The current version features a 4.7in display, and the new one is tipped to be either 5in or 5.2in.

Second, it will feature a dual-camera system on the rear of the phone; leaked images show a main lens with a smaller one directly over the top. Such dual camera systems - such as Corephotonics', which was on show at MWC - offer optical zoom without moving parts by combining the two images with an algorithm, and can help cut noise and improve sharpness.

Third, photos suggest that the new HTC One will feature expandable storage via an SD card slot - a welcome addition to any phone.

Reports suggest the handset will feature a Snapdragon 800 CPU - a natural bump up from the Snapdragon 600 in the current model, but not the top-end Snapdragon 801. It will come with 2GB of RAM, reports say, and be available in 16GB, 32GB and 64GB versions. It will run Android 4.4 (KitKat) with the HTC Sense skin.

In term of design, the handset is expected to look mostly the same as the current One, but HTC is reportedly losing the physical navigation keys in favour of on-screen buttons. It will apparently come in grey, silver and gold.