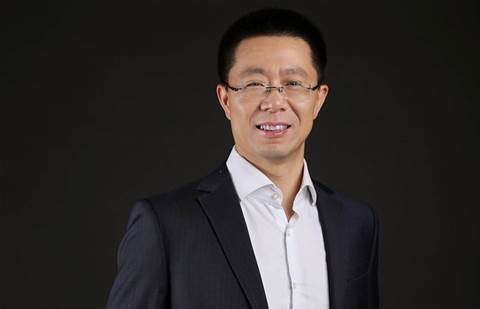 The two announcements may seem incongruous – why appoint a new leader after revenue hit $735 million, an 18 percent year-on-year increase?

We’re told that Huawei likes to rotate its senior leaders every two or three years, that Huang’s time was up and that perhaps his Australian success has him marked for another gig.

The new Australian CEO is Haosheng (Hudson) Liu, a 21-year Huawei veteran who previously served as deputy managing director at Huawei Germany, CEO of Huawei Belgium and most recently as CEO of Huawei Indonesia.

Huawei’s announcement was laced with direct and subtle remarks about its governmental travails.

Lord hailed the results but added “It’s fair to say we had a challenging year on the political front, but our Australian customers valued and trusted our world leading technology and purchased it in record numbers.”

Liu has already weighed in, too, taking to Twitter on Monday to suggest that Australia’s performance on global broadband league tables would be better if it were allowed to play in 5G.

I hope we could learn something from this.
Free, fair, open market competition will improve the efficiency and accelerate the innovation. https://t.co/pf8azcKY3L

Lord also mentioned Huawei will continue to push itself as “a leading IT alternative”, another signal that it’s ramping up its servers, storage and LAN business.

Telecommunications Services
By Simon Sharwood
May 1 2019
11:06AM