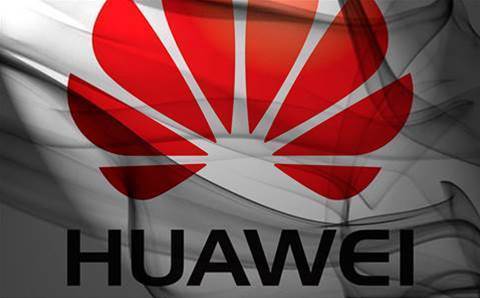 Huawei Australia has chalked up another bumper financial year off the back of continued growth in its enterprise business.

The vendor's local business is divided into carrier, consumer and enterprise, with revenues totalling $673 million in the financial year ending 31 December 2016, up $31 million on the previous year.

Hardware sales dipped by 10 percent to $446 million for the year, which includes both enterprise and consumer businesses, while services sales grew 24 percent to $144 million.

Net profit was down by $2 million, but the vendor still managed to rake in a $12 million profit.

While Huawei declined to give specific revenue amounts to its enterprise business, chief financial officer Luke Austin told CRN that the business unit grew more than 20 percent year-on-year in 2016.

“Our expectation for 2017 is for us to grow across the business again,” he said. “We’re pleased that [enterprise] is on an upwards trajectory and we’re pleased with the profits we’re making in enterprise.”

He added that key customer wins with Santos, University of Tasmania and Southern Cross University were highlights for the enterprise business.

Telco and carrier networks remain the largest revenue segment for Huawei Australia, supported by the vendor’s relationships with Optus and Vodafone Hutchison.

“One of the highlights in our [smartphone] business is our transition up the value chain. We’re moving some of our focus away from pre-paid devices towards the higher value post-paid devices,” said Austin.

On a global level, Huawei managed to capture 8.9 percent of the smartphone market, pushing up against the declining numbers of the two largest vendors, Apple and Samsung.

Since the end of its financial year, Huawei Australia’s leadership has changed hands, with the Zhao Xichu rotating out as chief executive to be replaced by Meng Xiaojie. Upon his appointment, Meng said Huawei Australia would persist in being a leader in 4.5G and 5G technologies, as well as narrowband IoT solutions.

Huawei also announced plans to enter the public cloud market, competing with likes of Amazon and Alibaba as a global public cloud provider.