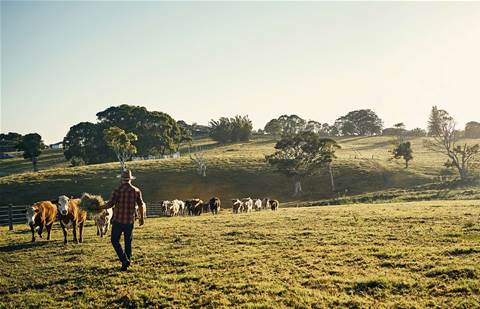 Huawei has written an open letter to the federal government suggesting it is likely to fail the Australian agriculture sector when it comes to delivering comprehensive 5G connectivity unless considerable intervention takes place.

The letter, penned by Huawei Australia director for corporate and public affairs Jeremy Mitchell, comes in response to a March 2020 House of Representatives Standing Committee report entitled “The Next Gen Future”.

The report is the result of the 2019 ‘Inquiry into the deployment, adoption and application of 5G in Australia’. In broad terms, It discusses the rollout of 5G mobile technology in Australia, the associated challenges this raises, as well as the capabilities of the technology based on months of submissions and hearings.

The letter singled out the report’s section on 5G rollout in regional and rural Australia as the most important for discussion.

“To be quite frank, unless we see some decisive action from the federal government in terms of investing in the deployment of 5G in rural and regional Australia then they will miss out on 5G as well,” Mitchell wrote.

He stated that while farming bodies such as The Department of Agriculture and WA Farmers believe 5G has great potential to transform agriculture, it expected current telco market economics would see the sector left behind in terms of connectivity.

“Given that we know farmers have already complained about coverage of 4G networks, with your own report citing that 43 percent of farmers had little or no mobile coverage in a 2017 survey, it is almost certain that rural and regional areas will miss out on 5G as well without intervention from the Federal Government,” Mitchell wrote.

In 2018 the federal government officially banned Huawei from the rollout of 5G in Australia citing privacy concerns. Huawei argued that this would contribute to a less ideal rollout of 5G for Australia.

“As we outlined in our own submission to the committee the decision to exclude Huawei from the 5G market has already increased the cost of deployment here in Australia by around 30 percent by reducing critical vendor competition,” Mitchell wrote.

“These additional deployment costs for 5G are going to make it even more difficult to deliver 5G coverage in rural and regional Australia and it is critical that the Federal Government finds ways to lower the cost of deployment for operators.”

He went on to state that at least one mobile network operator had publicly said it would need government support to fund 5G deployment in rural Australia.

Mitchell also suggested the committee’s recommendation, that infrastructure sharing could keep costs down in regional Australia, would likely be met with opposition from infrastructure stakeholders.

“The brutal reality is that at a time when they are facing the strongest headwinds they have faced in a century many in our rural and regional farming communities are almost certain to miss out on 5G in the same way they missed out on 4G,” Huawei’s Mitchell wrote.

“5G represents a chicken-and-egg situation for our farming communities, until they know for sure that they are going to be able to access 5G technology then there is no way that they can start planning to invest in new technologically advanced equipment that can boost their productivity.

“At present, there is no plan on the table to deliver truly nationwide 5G and – as noted above – mobile network operators have already made it clear that without Federal Government funding that they will not be able to deliver such an outcome.”

While Huawei acknowledged that the report stated the importance of access to 5G in rural areas, as well as expressing concern that regional 5G rollouts might come only after metropolitan areas were connected, the the letter was critical of the report for not stressing this far enough in its recommendations.

Huawei said the importance of keeping farmers in Australia on a technologically even playing field to other parts of the world made it: “even more vital that the committee make recommendations that could actually enable 5G deployment in rural and regional Australia.”

“Our firm view is your recommendations do not go far enough.”

You can check out the full parliamentary committee report here and read Huawei’s letter in full here.