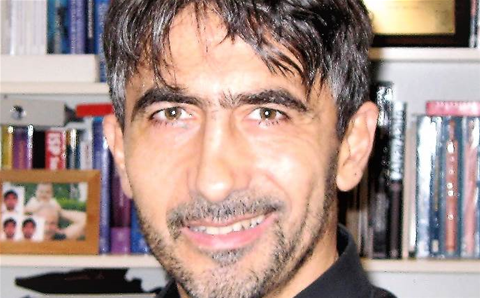 The NBN has failed and Australia;s government should use 5G to fix the resulting mess, according to Huawei Australia chief technology officer David Soldani.

Delivering a speech titled "Time to face facts on the NBN catastrophe" at the 5G Business Summit in Sydney today, Soldani  argued that NBN Co's fixed wireless product is inadequate and inferior to 5G fixed wireless.

“Australia has somehow managed to invest $51 billion on a network that can’t even deliver 50Mbps to around one million of its fixed-broadband end-user premises,” Soldani said.

“In fact, the actual cost of the NBN is much more than that given that reports suggest that NBN Co is paying Telstra around $100 billion in subscriber migration and lease payments over the coming years.”

With additional funding for NBN Co not under discussion, Soldani said the government should “urgently look at” bringing new models to the table to facilitate the delivery of 5G Fixed Wireless services into areas where the NBN has failed.

“Firstly, let’s stop pretending that NBN Co can do this whole thing by itself – we now know that it can’t. There is simply no more money in the pot. That’s it,” Soldani said.

“We know that in these outer-suburban and regional areas that the mobile operators have plenty of spare spectrum available because there is very low population densities in those areas.

“So, using the hugely successful Mobile Blackspot program as a template, why not encourage the mobile network operators to extend their regional networks and use that available spectrum to deliver 5G Fixed Wireless services to consumers?”

Soldani added that by excluding Huawei from the 5G market, the government now also has a bigger role in delivering Australia’s crucial 5G infrastructure. He said it also made little sense to allow NBN Co to move forward with 5G Fixed Wireless services, given that the provider’s problematic pricing model actively discouraged RSPs from offering ultra-fast broadband.

Soldani said if 5G Fixed Wireless services will play a role in delivering truly universal broadband, then the government should allow Australians access to the best 5G technology available.

“The technology is already there to solve the challenges Australia is facing – there is no doubt about that – what we need now is for that technology to be allowed to do what it was designed to do and for our leaders to recognise that we need to adopt a different approach with regard to delivering universal high-speed broadband,” Soldani concluded.

Soldani joined Huawei in 2018 out of Nokia, where last served as global head of 5G technology.

Soldani's speech was self-serving, contained inaccuracies, a kernel of truth and an utterly improbable argument that will get its telco partners onside.

The improbable argument is for telcos to be allowed to run 5G in places the NBN won't go, or won't serve well. Doing so would bust the structural separation rationale for NBN Co as the sole wholesaler. Political parties of both persuasions remain wedded to that idea, so Huawei;s chances look slim. This argument also reads like an attempt to suggest that a few Huawei 5G radios out on the edge of the NBN couldn't hurt a fly.

Which is also the self-serving part: Huawei's made its anger at exclusion from Australia's 5G networks plain. Now it's tried to carve out a new niche that would serve the people!

The kernel of truth is that NBN Co's fixed wireless service can sometimes offer rather anemic connections that will struggle to deliver high-bandwidth applications to users who, due to their location, are more reliant on digital services.

The inaccuracy is the reference to hundreds of billions of dollars flowing Telstra's way as some kind of NBN CO failure. The money will flow but as a classic outsourcing play: rather than build a field force for meatspace break-fix and build chores, NBN Co has chosen to have Telstra do the job. And there's no shame in that.