Huawei CEO: "There's no way the US can crush us" 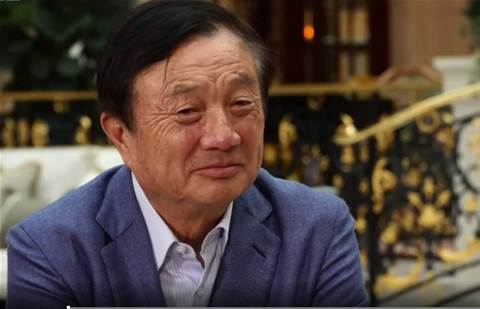 Global telecom technology Huawei will not back down in the face of pressure from the United States, and is actually growing strong even as the US moves to limit its reach, the China-based company's top executive said.

Ren Zhengfei, CEO and founder of the Shenzhen, China-based company, made those comments in an interview with the British Broadcasting Corp. in the wake of the arrest of his daughter, Meng Wanzhou, by Canadian authorities at the request of the US government.

It was Ren's first public response to the arrest of Meng, who serves as Huawei's chief financial officer.

Responding through an interpreter, Ren told the BBC that the US cannot stop the growth of Huawei.

"There's no way the US can crush us," he said. "The world needs Huawei because we are more advanced. Even if they persuade more countries not to use us temporarily, we could just scale things down a bit. And because the US keeps targeting us, and finding fault with us, it has forced us to improve our products and services."

Huawei is facing pressure from the US and other countries including Australia and New Zealand over concerns that the company's telecommunications technology, including future developments related to upcoming 5G networks, give the Chinese government an opportunity to spy on its competitors.

The US and several other Western countries have in the past moved to keep Huawei out of critical networking and carrier infrastructure over concerns that Huawei has close ties to the Chinese government, which could lead to potential security risks, but Huawei has consistently responded that such concerns are unfounded and that the company just wants to do business.

Meng was arrested in December as she was transferring between flights in Vancouver. The arrest was related to company activities during her time as head of a Huawei-affiliated company that allegedly sold Hewlett-Packard equipment to Iran in violation of US regulations. Meng was granted bail in Vancouver, but is under 24-hour surveillance and wears an electronic ankle tag.

The US later asked Canada to extradite Meng to the U.S. Then in late January, the US Department of Justice announced that it filed a 10-count indictment in the western district of Washington State charging Huawei Device Co. Ltd. and Huawei Device Co. USA with theft of trade secrets conspiracy, attempted theft of trade secrets, seven counts of wire fraud, and one count of obstruction of justice.

That indictment was related to allegations that Huawei attempted to steal trade secrets from T-Mobile USA and then obstruct justice when T-Mobile threatened to sue Huawei in relation to alleged theft of technology related to a T-Mobile-designed robotic device for testing smart phone durability.

Ren, in his conversation with the BBC, promised to focus more on developing markets outside the U.S. and other Western countries who push back against partnering with Huawei.

"If the lights go out in the West, the East will still shine," he said. "And if the North goes dark, then there is still the South. America doesn't represent the world."

When asked about the arrest of Meng, Ren said he objects to the US action, calling the arrest a "politically motivated act" that is not acceptable.

"The US likes to sanction others whenever there's an issue," he said. "They'll use such methods. We object to this. There's no impact on Huawei's business due to Meng Wanzhou's loss of freedom. In fact, we're growing even faster."

The arrest of a single Huawei executive, rather than hurt the company, will only make it stronger, Ren said.

"So they caught Meng Wanzhou," he said. "Maybe they caught the wrong person. They may have thought, if they've arrested her, Huawei would fall. But we didn't fall. We are still moving forward. Our company has established processes and procedures, and no longer relies on any one person. Even if I myself go one day, this company won't change its trajectory forward."

Ren is not the only top Huawei exec to push back against Western concerns.

Reuters on Tuesday reported that Dennis Zuo, head of Huawei's German business, told the Handelsblatt newspaper that the Chinese government does not get involved in Huawei's business, and that Huawei would work on increasing its openness and transparency when it comes to debates about mobile network security.