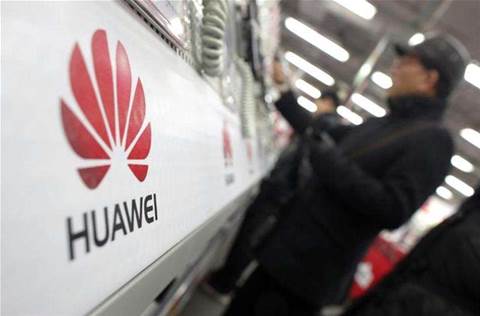 Cathy Meng, Huawei's chief financial officer and the daughter of company founder Ren Zhengfei, served on the board of Hong Kong-based Skycom Tech between February 2008 and April 2009, according to Skycom records filed with Hong Kong's Companies Registry.

In late 2010, Skycom's office in Tehran offered to sell at least €1.3 million ($A1.7 million) worth of HP gear to Mobile Telecommunication Co of Iran, despite US trade sanctions. At least 13 pages of the proposal were marked "Huawei confidential" and carried Huawei's logo. Huawei said neither it nor Skycom ultimately provided the HP equipment; HP said it prohibits the sale of its products to Iran.

Huawei has described Skycom as one of its "major local partners."

But a review of corporate records and other documents found numerous financial and other links over the past decade between Huawei, Meng and Skycom, suggesting a closer relationship between the two firms. In 2007 a management company controlled by Huawei's parent company held all of Skycom's shares. At the time, Meng served as the management firm's company secretary.

Meng, who also goes by the name Meng Wanzhou, appears to be a rising star at Shenzhen-based Huawei, now the world's second-largest maker of telecommunications equipment. During a presentation of Huawei's financial results last week in Beijing, she met foreign journalists in an on-the-record session that was reported to be a first for anyone in her family.

"We will honour our commitment to transparency and openness," she told the journalists.

Meng did not respond to a request for comment for this article. Huawei declined to make her available for an interview, or answer any specific questions about the company's or her links to Skycom.

In an emailed statement, Huawei said, "The relationship between Huawei and Skycom is a normal business partnership. Huawei has established a trade compliance system which is in line with industry best practices and our business in Iran is in full compliance with all applicable laws and regulations including those of the UN. We also require our partners, such as Skycom, to make the same commitments."

A Hong Kong accountancy and secretarial firm that Skycom has listed in financial filings as its corporate secretary did not respond to a request for comment.

The US House Intelligence Committee recently criticised Huawei for not answering questions about its Iranian operations and for failing to "provide evidence to support its claims that it complies with all international sanctions or U.S. export laws." The sanctions on Iran are designed to deter it from developing nuclear weapons; Iran says its nuclear program is aimed purely at producing domestic energy.

Huawei, which has contracts with many Iranian telecoms, says it is reducing its business in Iran.

Corporate filings offer few clues about the operations of Skycom, which like Huawei is a private company.

Telecommunications managers who have worked in Iran say that many employees at Skycom's offices are Chinese nationals who wear Huawei badges or carry Huawei business cards. On LinkedIn.com, several telecom workers list having worked at "Huawei-skycom" on their resumes.

Skycom's corporate filings show that since it was first incorporated in Hong Kong in 1998, the firm has had a succession of different controlling shareholders, including individuals and offshore companies.

In its annual return filed in May 2007, Skycom reported that all of its shares had been transferred three months earlier from two companies in the British Virgin Islands to a Hong Kong firm called Hua Ying Management. Hua Ying's shares were held by Shenzhen Huawei Investment & Holding, Huawei's parent company, according to Hua Ying's filings.

In November of that year, all of Skycom's shares were transferred to a company called Canicula Holdings, which is registered in Mauritius. Huawei declined to answer any questions about the transfer or whether it is related to Canicula.

According to Mauritius company records, Canicula's registered address is a local company called Multiconsult. An employee there declined to answer any questions.

Skycom "is a subsidiary of Huawei Technologies Corporation," the report stated.

The report also listed Skycom's chief executive as Zhang Hongkai. In 2009, the website of China's embassy in Iran published a press release announcing that Huawei had signed a cooperation agreement with an Iranian university. The article reported that the agreement was co-signed by "Mr. Zhang Hongkai, CEO from Huawei Iran Office."

Zhang could not be reached for comment. Huawei declined to answer questions about the credit report.

Eliminating departmental friction within MSPs
By Steve Stecklow
Feb 1 2013
7:39AM