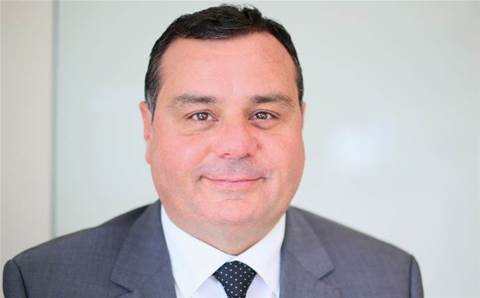 Lynch joined Huawei as director of channel sales in 2015 after four years as sales manager for IBM. He has also held channel sales roles with HP and EMC.

Since joining Huawei, Lynch has been tasked with building the vendor's reputation outside its traditional footprint in telecommunications and strengthening its ties with IT resellers and managed services providers.

Lynch set about expanding Huawei's channel with the addition of distributors Synnex and iCTIA as the first step in his channel strategy. A year later, CertaOne and Madison Technologies were also added, with each distie handed a specific product line to specialise in.

“I have really enjoyed my time at Huawei and feel privileged and proud to have worked with a very talented team, not only here in Australia but as part of the global Huawei family,” Lynch said.

“Together we have achieved great results for our channel partners, transformed the way we do business in Australia and helped our customers address their ICT challenges.

“Huawei will continue its strong growth across the business year and focus on establishing a strong partner network in Australia. I am leaving the company with strong momentum and wish Huawei the best of luck.”

Huawei Australia's director of the enterprise business group Leon Li thanked Lynch for his contribution in leading the channel and partner business.

“Over the past two years, Leo has established great successes and built a strong channel network.”

“Under his leadership, Huawei Australia has established a successful partner strategy in Australia and we have grown our channel network with over 100 active partners and three strong distributors. We wish Leo the all the best for his future endeavours”.