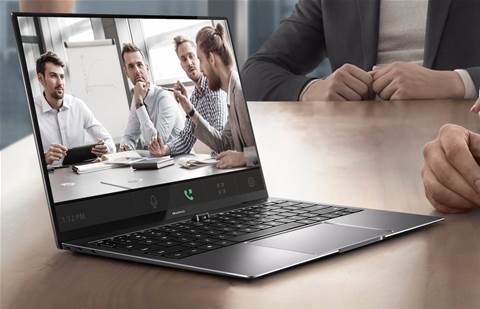 The Chinese company has brought its MateBook X Pro range our shores Australia, with the notebooks slated to go on sale this coming Thursday, 22 November.

Huawei’s channel is narrow: it will sell only at Microsoft stores and through Microsoft’s Australian website. The company left open the possibility of that changing, telling CRN that the Microsoft-only deal is in place “until further notice" and that Huawei "is currently reviewing ranging opportunities with our partners" with "more details ... coming through" at an unspecified future moment.

With Microsoft Australia currently operating a sole store – in Sydney - news of Huawei’s arrival isn’t going to scare other retailers.

But the MateBook X may scare other PC-makers: CRN is testing the device and after a few hours use can report that it is a very slick, boasts impressive battery life, a stellar screen and is pleasingly swift.

Huawei’s also included a dongle that plugs into a USB-C port and adds VGA, HDMI, one type-A USB and another USB-C port. Putting the dongle in the box effectively saves buyers around $50, the cost other PC-makers charge for a similar device.

7 steps to MSP success: from pricing to specialisation
By Simon Sharwood
Nov 19 2018
9:45AM