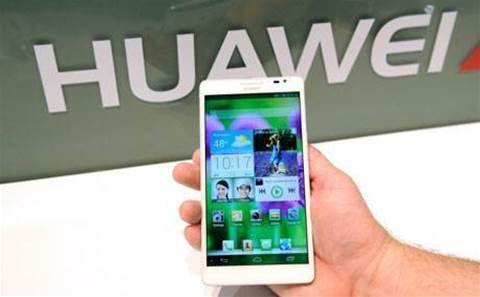 According to Gartner, Huawei’s global sales were up 26.7 percent for full-year 2016, while Samsung and Apple experienced sales declines of 4.3 percent.

That sales growth in turn saw the Chinese company push its smartphone market share to 8.9 percent, up from the previous period’s 7.3 percent. Samsung’s full-year market share fell to 20.5 percent while Apple’s influence dropped from 15.9 percent to 14.4 percent.

In a tightening smartphone race, the fourth quarter of 2016 represented the closest ever between Samsung and Apple, with Samsung’s Galaxy Note7 battery fire drama allowing Apple to overtake the South Korean manufacturer for the first time since Q4 2014.

"The last time Apple was in the leading position was in the fourth quarter of 2014, when its sales were driven by its first ever large-screen iPhone 6 and 6 Plus," said Gartner research director Anshul Gupta. "This time it achieved it thanks to strong sales of its flagship phones — the iPhone 7 and iPhone 7 Plus.”

Huawei has big ambitions, setting itself the goal in November last year to overtake Apple in two years.​ Despite the substantial gap between Huawei and Apple and Samsung, the Chinese vendor is now largely considered to be the main competitor of the two giants.

"Huawei is poised to reduce the gap further with the No. 2 global smartphone vendor," Gupta said. "Mate 9 with Alexa will start shipping into the US in the first quarter of 2017."

Huawei, together with Oppo and BBK Communication, the next biggest makers in the global smartphone market, accounted for 21.3 percent of smartphones sold in Q4 2016.

Gartner said those brands, along with ZTE, Xiaomi and Lenovo were “aggressively expanding into markets outside China, where they will continue to disrupt the top smartphone players in 2017”.