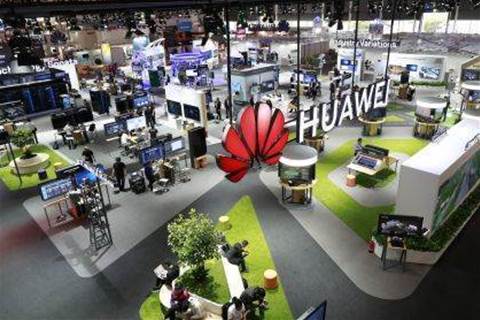 Huawei has launched a hybrid cloud service built for Azure Stack, Microsoft's offering that brings Azure into customers' datacentres as a private cloud.

Built on Huawei's FusionServer V5 servers and CloudEngine switches, Huawei said the tool will allow enterprises to enable digital transformation projects by bringing Azure cloud services to on-premise sites where there is low connectivity, such as an aircraft or an oil rig.

Huawei is one of many firms working with Microsoft on producing services for Azure Stack, but speaking at CEBIT 2018, Microsoft partner director for Azure Stack, Vijay Tewari, labelled the vendor's relationship with Huawei in particular as deep and strong.

"In terms of working with partners, the amount of time that Huawei [took] to launch the product was the shortest time it took as compared to any other partner, so we have a very strong engineering relationship with [president of server product line] Qiu Long and others at Huawei," he said.

Huawei believes it is pivotal to pair its infrastructure with partners' applications as it designs technology for use in smart cities, the cloud, and networking.

The Chinese networking giant likened digital transformation to a "symphony" as it promoted partnerships with a range of companies including Microsoft and UK-based Purple Wi-Fi, the latter of which it is offering its networking infrastructure to allow the Wi-Fi platform to extend the range of analytics tools it can offer customers.

Purple Wi-Fi will be able to offer customers more detailed tracking information for consumers, with a view to boosting shopping experiences.

The company also outlined how it plans on using its partnerships with local companies to migrate projects to a global scale, with president of Huawei Western Europe, Vincent Pang, outlining how a number of small-scale initiatives in Paris and London have helped the company win business elsewhere in the world.

"We want to build a local road here, we want to work with our local partners, we want to have more innovation to create end-to-end best practice here in Europe - but it's not only for the local innovations, but how we can use these for the global market, and global vertical transformations," he said.

Pang explained how a smart water project in Paris paved the way for expansion into Shanghai, while a smart logistics project with London's DHL helped the company win a business case for a car manufacturer in China.

Huawei's attempt to position itself as a leading player in the smart city scene arose with the lunch of the 'Rhine Cloud', a smart city and public services cloud platform, expanding on an initial memorandum of understanding signed earlier this year.

The new framework agreement extends the commitment to building a smart city platform in Duisberg, Germany to serve as a model that the company is hoping to export to the rest of western Europe.

Martin Murrack, director of digitisation for Duisberg, outlined some of the benefits citizens should expect from the smart city collaboration with Huawei, including free Wi-Fi access and innovations in education, as well as unveiling the first Rhine Cloud-based SaaS platform, which digitises indoor environments, developed by Navvis.