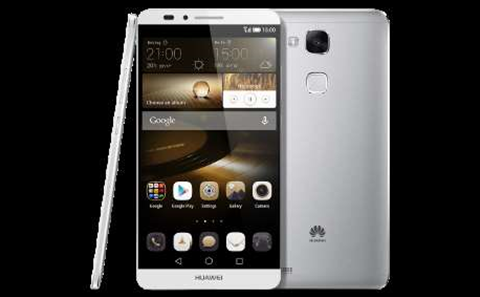 Huawei has revealed Ascend Mate7, its latest flagship 4G smartphone with with a single-touch fingerprint scanner.

The Ascend Mate7 comes with a 6-inch 1920x1080 resolution screen and measures at 7.9mm in thickness.The phone runs on an 8-core Huawei Kirin 925 processor and the Chinese vendor boasts it has a two-day battery life.

The gold 3GB RAM and 32GB hard drive model will start from $699 and will be available on 17 November from Harvey Norman and JB Hi-Fi.

A black 2GB RAM and 16GB hard drive model will also be available, with no Australian price or release date announced at the time of writing. That version will be available from Vodafone through Dick Smith Electronics.

Huawei this week also announced its latest entrant into the budget smartphone market with the Ascend Y550. In September, the vendor also released another big-screen phone, the Ascend P7 ‘Phablet’.

Huawei currently holds 6.9 percent of global smartphone market sales. A statement from the company said this latest contribution to the market demonstrates its ambitions to be one of the world’s biggest smartphone vendors.