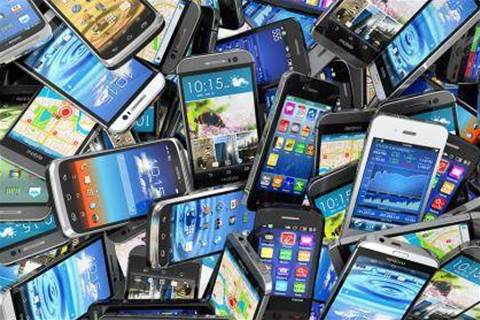 Samsung and Apple have seen their smartphone dominance decline in 2017, as Chinese brands continue to gain popularity.

Worldwide sales of smartphone devices rose to 380 million in the first quarter of 2017, according to analyst firm Gartner, up 9.1 percent over the previous year, however this was largely bolstered by the success of rival manufacturers.

Rival Chinese firm Oppo, which holds onto its position as the country's top domestic supplier, also saw massive global success in 2017, which places it just behind Huawei at 8.1 percent market share. The firm has become hugely popular among international markets, particularly in Africa, helping to double sales to 30 million devices.

Samsung has been worst hit by this momentum, which has chipped away at its market share. Although the South Korean firm remains the top supplier of smartphones, sales up to Q1 2017 reached 79 million units, down 3.1 percent over the previous year.

Although the company has said preorders for the Galaxy S8 and S8 Plus were up 30 percent over previous generations, Samsung are clearly hurting from the void left by the now terminated Galaxy Note 7.

Apple meanwhile saw performance stagnate, having sold only 300,000 more smartphones this year over 2016. As a result, its market share also dipped to 13.7 percent, placing it dangerously close to Huawei.

Unsurprisingly, Android remains the world's most popular operating system, with four of the top five manufacturers using variations of the platform. Of the 380 million smartphones sold up to Q1 2017, 86 percent of these were Android, whereas only 13.7 percent, or 51 million, were iOS based.

Grow your software revenue by selling these 5 affordable, essential tools for the modern workplace
By a Staff Writer
May 24 2017
11:50AM