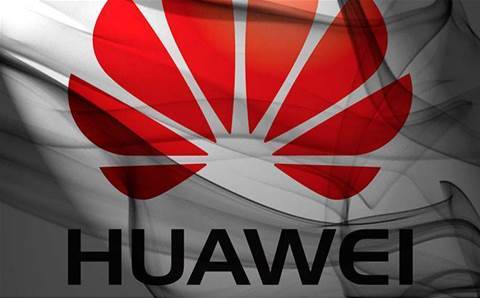 Huawei has called the Australia government’s decision to ban it from the local 5G market a politically motivated decision, arguing it was devoid of a factual and equitable basis.

The federal government this week moved to restrict Huawei’s involvement in the rollout of 5G on the supposed grounds that its involvement exposed privacy concerns to the interests of Huawei's Chinese ownership.

“The Australian government's decision to block Huawei from Australia's 5G market is politically motivated, not the result of a fact-based, transparent, or equitable decision-making process," Huawei announced on Friday.

"It is not aligned with the long-term interests of the Australian people, and denies Australian businesses and consumers the right to choose from the best communications technology available.

“A non-competitive market will raise the cost of network construction and have lasting effects on Australia's transition to a digital economy. In the end, everyday businesses and consumers are the ones who will suffer the most from the government's actions.”

The company argued that as a core developer behind 5G, it had been denied by the government to a right to compete for a return on investment. The company also suggested the government's supposedly biased interpretation of Chinese be best left in the hands of legal experts.

“Huawei has presented the Australian government with an independent, third-party expert analysis of the Chinese laws in question: Chinese law does not grant government the authority to compel telecommunications firms to install backdoors or listening devices, or engage in any behaviour that might compromise the telecommunications equipment of other nations,” the company wrote.

“A mistaken and narrow understanding of Chinese law should not serve as the basis for concerns about Huawei's business. Huawei has never been asked to engage in intelligence work on behalf of any government.”

Part of the government’s justification for the ban pertained to security concerns related to the rollout of new technology.

“5G requires a change in the way the network operates compared to previous mobile generations. These changes will increase the potential for threats to our telecommunication networks, and these threats will increase over time as more services come online,” the announcement read.

Huawei rebuked this, however, stating there was fundamentally no difference between 5G and 4G network architecture.

“The core networks and access networks are still separated,” Huawei said. “Moreover, 5G has stronger guarantees around privacy and security protection than 3G and 4G.

“We urge the government to take an objective and fact-based approach to security issues, and work together on effective long-term solutions. Open dialogue, joint innovation, and close collaboration are essential to the ongoing development of the telecommunications industry.

“The Australian government's actions undermine the principles of competition and non-discrimination in fair trade. The government has not issued any specific concerns about Huawei's governance, security, or suitability to safely and securely conduct business in Australia, so we’ve been given nothing to respond to.

“We will continue to engage with the Australian government, and in accordance with Australian law and relevant international conventions, we will take all possible measures to protect our legal rights and interests.”