Huawei to launch charm offensive in 2014 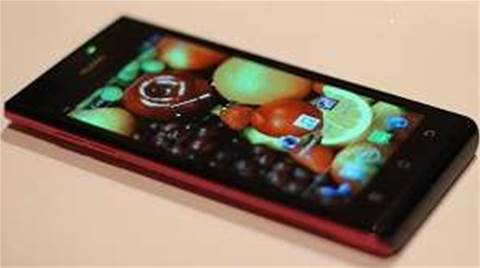 Huawei, it seems, isn't letting any security allegations surrounding its products dampen its dream of becoming the No. 1 smartphone maker in the world.

The Chinese telecommunications giant took to the stage at CES 2014 on Monday to introduce the Ascend Mate2 4G, a 6.1-inch "phablet" device that Huawei says delivers better performance, battery life and overall user experience than competing devices like Apples iPhone 5S or the Samsung Galaxy S4.

The Ascend Mate2, the next-generation version of the Ascend Mate smartphone Huawei introduced at CES last year, will also fuel what Huawei executives described as a major offensive in the global smartphone market in 2014.

"With this great range of products that we've got, today I would like to say that our target for 2014 is that we will ship 80 million smartphones this year," said Colin Giles, executive vice president of Huawei's Consumer Business Group. "That's as we develop our product range, as we develop the capabilities we've got in distribution and emerging markets, and as we develop our brand."

That 80 million target is an ambitious jump from the 52 million smartphones Giles said Huawei shipped in 2013. Still, it's a growth trajectory that seems realistic given the traction Huawei saw in its smartphone business last year. According to Giles, Huawei shipped 10 million units in the first quarter of 2013, compared to 13.4 million units in the third quarter and 17.5 million in the fourth.

The newest member to the Huawei smartphone family, the Ascend Mate2, is a 6.1-inch Android device that touts some pretty impressive specs. One of the Ascend Mate2's standout features is its 4050 mAh battery, which Huawei says allows for up to two days of "uninterrupted" use on a single charge. The phone also offers a "reverse charging" feature, meaning it can be used to provide a charge for users' other mobile devices.

Other highlights of the Ascend Mate2 include its rear-facing 5-megapixel camera and its 13-megapixel rear-facing camera. The former comes with a number of features for what Huawei called a more "fun-filled 'selfie' experience," including a vertical panorama mode and a 10-level Auto Face Enhancement tool.

The Ascend Mate2 will run a Qualcomm quad-core 1.6GHz processor in markets outside China and Huawei's own HiSilicon Cortex-A9 chip in China.

Giles said another priority of Huawei in 2014, apart from its smartphone ambitions, is to continue to increase the recognition of the Huawei brand in markets around the world. He said Huawei's global brand awareness from 2012 to 2013 increased by over 100 percent in markets "all around the world," which is "great news" given how young the brand still is.

"It's going to be all about brand," Giles said. "We need to continue to commit to developing our brand."

Huawei continues to face scrutiny from US lawmakers, who have labeled the company a "national security risk" over concerns of its technology providing back-door access for Chinese government surveillance. Huawei, however, has expressed its commitment to staying in the US market, and it has been working to build up a US channel presence over the past two years. Huawei told CRN last year it has between 75 and 100 solution provider partners.