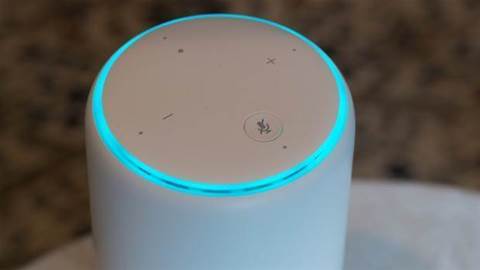 The Huawei AI Cube is a list of contradictions. As Huawei's first smart speaker, it's drawn design inspiration from the Google Home, yet supports Amazon's Alexa assistant. It's also called the Cube, despite being somewhat conical in shape. It's also pitched as a smart speaker yet, thanks to support for 4G, it's also a portable router for all your devices.

That's a rather neat way to sum up the Huawei AI cube. With its tapered cylindrical design, soft-touch plastic top half and a fabric-covered bottom half, it's clearly influenced by Google's smart speaker. Behind the red, or grey, fabric covering is a single aluminium driver coupled with a pair of bass radiators to help reinforce low frequencies.

This isn't a direct copy of Google Home, though. The top panel, which plays host to the speaker's controls and far-field microphone array is more reminiscent of an Amazon Echo device due to its flat top and continuous loop LED that surrounds it. At the rear of the speaker, three LEDs indicate power and connectivity status, with a power button nestled beneath. On the base you'll find a power cable and Ethernet port.

So far, so ordinary, and AI Cube works very much like every other smart speaker you can think of. What makes the Cube different from the competition is the connectivity options that lurk inside. Not only can it connect to your Wi-Fi network, but it can also create its own connection via 4G.

Pop a SIM card into the speaker and you can take it absolutely anywhere and use the speaker's smart functions without worry about connecting it to a wireless network. This network can also be shared with other devices, essentially turning it into a mobile router complete with smart speaker functionality. 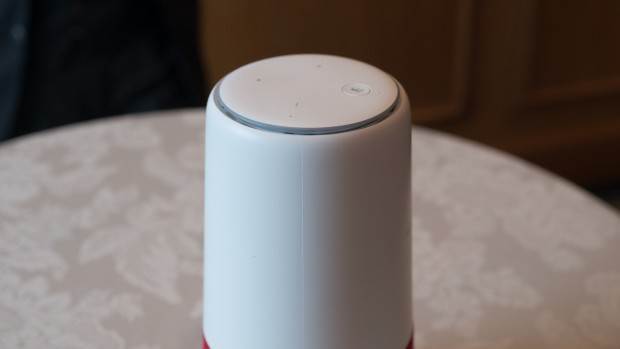 Unfortunately, the speaker can't be entirely shorn of wires since there's no battery inside – a bit of a missed opportunity, to my mind – so you'll still have to locate a mains socket if you want to use the AI Cube on the move. Also slightly disappointingly, there's no sign of a 3.5mm input and Huawei didn't mention Bluetooth connectivity at all during its presentation either.

Still, it's at least Huawei's approach is something different in what is rapidly becoming an avalanche of smart speaker devices.

Eliminating departmental friction within MSPs
By Staff Writer
Sep 4 2018
6:53AM