Huawei wants to overtake Apple in smartphones in two years 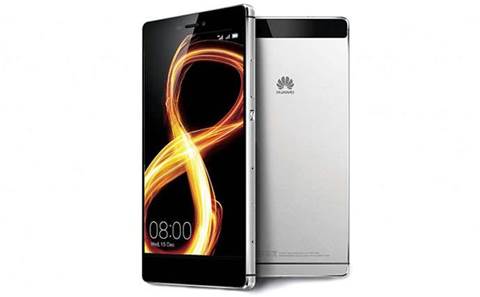 Having made its name as a builder of telecommunications networks, Huawei has been active in the consumer devices market for only a few years and is now the third-biggest smartphone maker after Apple and the world leader in the US$400 billion market, Samsung.

Huawei on Thursday launched a new premium phone, which will sell for 699 euros apiece. A version developed with Porsche Design will cost 1,395 euros.

The phone has a new artificial intelligence feature: It can learn about its user's habits and automatically put the most frequently used apps in easy reach.

Huawei was the world's third-largest smartphone maker in the third quarter with 33.6 million shipped devices, giving it a 9 percent market share, according to research firm Strategy Analytics.

Apple was still well ahead with 45.5 million devices, or a 12 percent market share. Samsung was the world leader with 75.3 million shipped devices and a market share of 20.1 percent.

"We are going to take them [Apple] step-by-step, innovation-by-innovation," Yu said, adding that he expected to improve Huawei's position along with technology shifts.

"There will be more opportunities. Artificial intelligence, virtual reality, augmented reality," he said. "It is like driving a car. At every curve or turn, there is an opportunity to overtake the competition."

With the new phone, dubbed Mate 9, Yu expects to make a break in European markets such as Germany, France and Great Britain. "In Finland, we are already number one," he said.