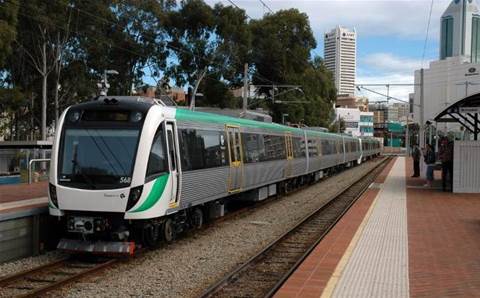 Huawei has been awarded a $136 million contract with Perth’s Public Transport Authority (PTA) to build and maintain 4G radio systems for the city’s rail network.

The company will deliver project as part of a joint venture with UGL and is set to commence later this month with an expected completion date in 2021.

“Huawei is extending its trusted portfolio of solutions towards industry and strengthening its customer base in mission-critical market segments,” Huawei Australia chairman John Lord said.

“We thank the PTA for the trust they have placed in Huawei and their support for WA local businesses, as we work closely together over the coming years to realise this substantial project.”

The project will replace the existing radio systems with an end-to-end digital radio solution across the 180km electrified rail network and the new Forrestfield Airport Link twin tunnels.

The joint venture will also maintain the new systems for an initial period of five years from completion with options for a further five plus five years.

“Huawei and UGL demonstrated that they had the expertise and the demonstrated capability to deliver and maintain a system to PTA’s desired specification with the most competitive pricing,” a PTA spokesperson told CRN.

“They were also able a track record of involvement in the delivery or upgrade of similar digital radio systems internationally including China, Russia, Germany and South African railways and locally, with the same joint venture partner UGL, in Sydney.”

She added that the project attracted interest from technology providers from around the world. Four other suppliers were shortlisted by the PTA, namely Optus Business, ZTE Australia, Ericsson Australia and Hitachi subsidiary Ansaldo STS Australia.

“After a robust technical analysis, we identified Long Term Evolution (LTE) technology as the most appropriate technology solution for this project. We are confident this solution will deliver value-for-money to WA taxpayers,” the spokesperson said.

The new system will consist of fixed infrastructure (radio masts) at various locations across Perth’s rail network, with all radio devices in trains, security vehicles and handheld radios for mobile staff to be replaced with new digital-friendly equipment.

“Unlike the analogue system, which only allows audio transmissions, the new digital system will also allow for the transmission of data, which is becoming increasingly important for train operations,” the spokesperson said.

“It will also provide increased reliability and flexibility, allowing for a more efficient rail network and supporting plans for future expansion. Any future expansions will be carried out following a new procurement process which will include upgraded cyber security requirements.”

PTA also said it is aware of media reports labeling Huawei as a security risk and has sought advice from Commonwealth and State government agencies and engaged a private security contractor which specialises in high-level cyber security.

“Operational security is of upmost importance in all our operations, and is a key element of the procurement process for this project. As we have said previously, we have sought advice from Commonwealth and State government agencies and engaged a private security contractor which specialises in high-level cybersecurity.”

The spokesperson added that as a result of the advice, additional security measures were included to ensure the security of PTA systems.

She said further assurances from the relevant Commonwealth agencies were sought and additional feedback was taken into account. “This consultation has not identified any issues that would prevent the project from proceeding,” the spokesperson added.