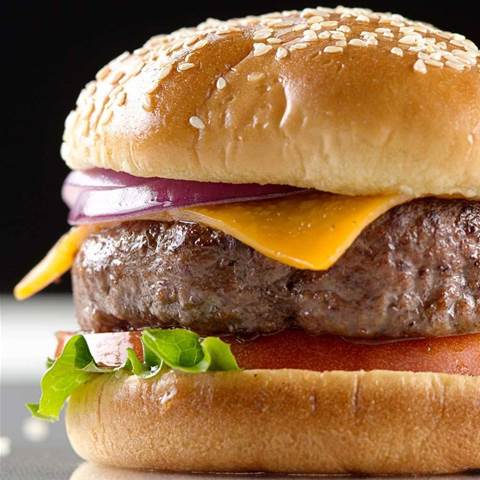 Fast food franchise Hungry Jacks has begun rolling out free wireless hotspots to 340 locations around Australia in hopes of gaining an advantage over its competitors.

Visitors to Hungry Jacks stores will be given free 30-minute sessions with 100 MB of downloads over any of the hotspots, but can access an hour-long wireless session in exchange for email registration and a short survey.

"We had a fantastic uptake on it," he said.

Before going ahead with the national rollout, however, Competitive Foods undertook research around wireless services offered by competing fast food giants such as McDonald's in order to provide a better service.

Butler said staff had trawled online forums and garnered customer reactions to existing wireless services in an effort to improve on the experience for the Hungry Jacks rollout.

"There was a lot of criticism about the speed [of competing services] so we decided to make changes around the maximum amount of users on actual ADSL2+ services," he said.

"They were just allowing anyone on at any time, there was no quality of service. If someone was downloading, it would affect the service of someone who was just reading an online article."

The national Hungry Jacks rollout, managed under a $6 million, three-year telecommunications contract with Primus, saw Aruba 802.11n hotspots installed at each of the 275 stores wholly owned by Competitive Foods Australia.

In an effort to improve the experience for customers on the hotspots, each store's wireless connection is limited to 20 simultaneous users evenly distributed to maximise bandwidth over the ADSL connection.

"We haven't reached 20 users at one time yet... so every user has been allocated their fair share of the bandwidth," Butler said.

Rollout to most of the remaining 65 franchised Hungry Jacks stores will be completed this month, pending approval by franchise managers.

The Western Australian-based company is also planning to pitch installation of a similar wireless service in the 42 KFC stores it franchises from Australian parent company Yum! Restaurants.

The wireless service is managed entirely by Primus under the contract, which also covers the ADSL upgrades and rollout of hosted IP telephony to 500 users across the company.

Butler said the company had moved to further change management of telecommunications to Primus, while its 12 internal IT staff concentrate on helpdesk, franchise support and finance development responsibilities.