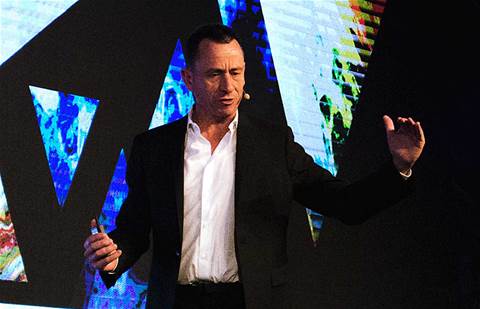 The analyst firm's CEO suggested that despite on-prem infrastructure generally being more affordable than cloud, they are not winning.

“It’s not true that the public cloud provide pay-as-you-go services. Well it is true, but if you’re foolish enough to sign a contract that lets you pay as you go, you pay a lot as you go."

“You are much better off predicting and committing to a minimum amount of spend. That’s how you get the best prices. But somehow the image of the industry is slightly different to reality.”

The battleground Canalys says is emerging will be for control of the management plane between public cloud and infrastructure. That oncoming struggle is the reason IBM poured more than $30 billion into an acquisition of Red Hat in 2018; to be able to move data and applications from on-premises or a private cloud to a public cloud - and maybe back again - to optimise for latency and pricing.

“Whoever controls the plane between the compute and the customer, will be in a very, very lucrative position,” Brazier said.

“To sit between and essentially take the brand of the boxes away from the customer and own the management interface; there has been massive amounts of progress in terms of what is possible. VMware is far ahead, Nutanix and Red Hat are trying to catch up.”

The recommendation for partners? Work with at least two of the three top management layer vendors.

Given Canalys’ assertion that those management vendors will own the key control plane of compute infrastructure, Brazier prompted the channel to contemplate how customers would react.

“Are customers prepared to be locked into one of those three management platforms? They are going to have to put all their eggs in one basket,” he said. “Customers are rather nervous to make such a big commitment to one platform.

“But also: if you’re AWS or Azure, do you really want your customer to be owned by the layer above you?

“So the interesting question is: will the forces of the customer and the supplies allow these three platforms to control the industry or not? That is the battleground inside the technology industry today, the biggest battleground.”

Australian representatives of Dell and Lenovo in attendance at Canalys' conference begged to differ.

Lenovo Australia and New Zealand managing director Matt Codrington said the channel had come to terms with public cloud and that hybrid solutions best supported the broad demands of partners and customers.

“There was a rush that is probably now correcting itself. I think core applications and core workloads still have a strong place in internal infrastructure for a number of reasons,” Codrington said.

“But things like our Azure offering, that allows you to have the implementation to burst to the cloud for workloads when you need them, and the hybrid model is probably the outcome rather than one or the other.

“Having your core stuff and managing that the way you want to manage it. Whatever your concerns are as a company to manage that outcome I think is still very relevant. But there needs to be that flexibility. So I would say rather than choose one or the other, it’s a spectrum between two guard rails under a hybrid model.”

Codrington then spoke to the suggestion that infrastructure vendors hadn’t done well enough at selling against public cloud.

“The people that are buying the technology now are the marketing managers with a credit card,” he said. “They’re not IT people, they’re not procurement people. So what we haven’t done a good enough of is showing them how they can scale with us. And that’s a function of the TruScale technology introduced and those sorts of things where we can have a hybrid environment and allow the multiple stakeholders that now exist to engage with us.

“Before it was probably more the infrastructure team, the procurement team or the IT team, we’ve got to do a better job of reaching out to the rest of the organisation so they can understand how to implement.”

Shant Soghomonian, Dell Technologies’ ANZ senior director and general manager of channel sales, asserted that while hyperscalers had performed well, Dell’s channel was mature when it came to focusing on customer outcomes around cloud.

“The hyperscalers have done a great job in capturing an early market. AWS specifically was able to capture a good portion of the market very quickly, of course we see Microsoft catching up as well,” he said.

“As an infrastructure company it probably did take us a little while to wake up to the hyperscalers, but I think the announcements we’ve made around Dell Technologies Cloud Platform, as well as our on-demand offerings, puts us in a better position than the hyperscalers.”

“What partners are looking at is how they advise their customers on where the workloads and applications best reside around cost, governance, security, sovereignty, all of those things. That’s where we are having good success in the engagement with our channel partners.”

“We have a really good strategy and proposition to the marketplace, we are seeing the repatriation of workloads, we’re seeing our partners go out there actively working and consulting to our customers around those workloads and applications and where they best sit.

“It’s a multi-cloud world. It’s not just hyperscalers, it’s not just on-prem, it’s not just the SaaS providers either. The customer is going to have an environment that includes multiple clouds. The partner has the opportunity to be that adviser to the customer. To help them identify their workloads, applications and requirements and the best way to consume it.”