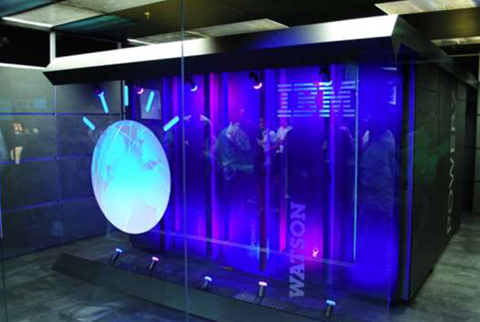 The news comes as the company makes AI investments down to the silicon level, in the case of the tech giants new Telum processors, and within servers in the case of Power E1080 server, the first in a line of servers built around its 7nm IBM Power10 processor.

Among the announcements Thursday is an add-on for IntelePeer Atmosphere Communications Platform-as-a-Service. Users with a Watson Assistant Plus and Enterprise plan can set up voice capabilities and a new phone number for a virtual agent. IntelePeer can also connect Watson Assistant to users’ existing phone systems. With IntelePeer, Watson Assistant can connect to “nearly every major contact centre platform that uses the SIP protocol” in at least 30 minutes with no coding, according to the statement.

“One critical challenge facing nearly every business today is the need to better communicate with their customers and employees across all channels,” Daniel Hernandez, IBM’s general manager of data and AI, said in a statement.

IBM could not make someone available to discuss the news before press time.

Other new features for Watson Assistant include short-answer retrieval based on a question-answering system from IBM Research. The new feature allows the virtual agent to shorten longer sentences or passages and provide context on where answers came from. An “FAQ extraction” feature is now generally available for administrators to keep the virtual agent updated with broader sources of information without manual updates.

And the third feature announced Thursday is a new agent app feature to provide human customer service agents a transcript made with IBM’s speech detection models. The transcript displays on humans’ screens when they take over from the virtual agent so that the humans can solve customer issues more quickly.

During an event in March, IBM CEO Arvind Krishna estimated that, with more than 40,000 clients using IBM to deploy AI at scale, the current enterprise deployment rate of AI is only in the single digits.

IBM’s AI platform runs on-premises and on private and public clouds--and has use cases ranging from IT operations automation through a partnership between ServiceNow on Watson AIOps and creating multilingual chatbots through Watson Assistant, natural language processing and enterprise AI search capabilities. “We focused on modernizing clients’ applications and reimagining their workflows with AI,” Krishna said.

During the company’s July quarterly earnings call, Krishna said that an AI-powered assistant built to help CVS Health as COVID-19 vaccines began rolling out in the US handled more than 10 million calls in three months. He said IBM has also deployed Watson Assistant to York University, PayPal and other clients.

“As use cases expand, the benefits will grow,” he said.

Grow your software revenue by selling these 5 affordable, essential tools for the modern workplace
By Wade Tyler Millward
Sep 10 2021
1:10PM