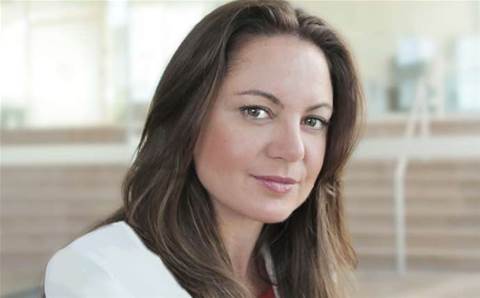 IBM Australia's channel chief has revealed a new program through which the vendor will lend out its own staff to partner organisations that face a skills gap.

The scheme, labelled “champions for growth”, would see an IBM staffer seconded to work for a channel partner for up to two years.

“If you’re a business partner and you have a role that you want to fill - and it might be a technical role, it could even be a sales role… and you really need deep IBM knowledge, you can speak to us about this program.”

Burton said that the partner would foot the bill for the seconded employee but the person would remain an IBM employee with “full access to our systems, our people, our buildings, etc”.

“It’s a really innovative program on how we can accelerate partners’ practices to market,” said Burton.

She told CRN after her presentation that IBM staffers were excited about the prospect of working in a different environment through the scheme.

IBM's service business has been suffering in Australia, with a half-billion fall in its 2014 fiscal year. This year, it lost its prized Department of Health contract to New Zealand-headquartered Datacom – IBM had held the client for 15 years.

“We’re willing to sit with you discuss what those aggressive goals are, and what kind of investment in people might be needed for you to accelerate some of those goals,” she said. “And we will talk about how we can fund those based on some targets that are set in conjunction with you.”

Burton added that one partner has already participated in the scheme and that five staff members have joined the company with IBM’s financial help. “I think they’re going to hit all of their targets by February next year.”

CRN understands the business is Melbourne-headquartered Infoready, an IBM premier partner specialising in data analytics that appeared in the 2012 and 2013 CRN Fast50.

Throughout the conference, Burton and her boss, IBM ANZ managing director Kerry Purcell, hammered home the message that the vendor has learnt from its past mistakes and will be taking a more consultative and unified approach to the channel from 2016.

“There’s an acknowledgement, like joining Alcoholics Anonymous – admit that you’ve got a problem first before you can move on,” said Purcell.

IBM has labelled the new era “One Channel”, with executives saying the giant vendor would no longer have multiple channels but have one consolidated interface for partners.

Burton said that joint business plans with partners would be a major initiative in the new order.

“These [joint] plans are not about IBM sitting down and setting revenue targets,” said Burton. “This is truly about how we, together, have a plan that we can both see is going to build pipeline and take us to the next level of partnership.”

Purcell admitted that there will be cynics and that the vendor would have to put its words into action to gain the trust of the channel.

“There will be many sceptics within the crowd here today and there will be many cynics both on our side and your side,” he said. “We want to, with Rhody, break glass and smash plates to drive this change. Because this is a big change for us.”

IBM first announced "One Channel" at its PartnerWorld summit in February. The company's new approach saw IBM open up its top-tier of resellers to buy through distribution.

Burton was recruited to lead the IBM channel in September, after holding similar roles at SAP and VMware. Previous head Phil Cameron and second-in-charge Leo Lynch departed in last December and January respectively.